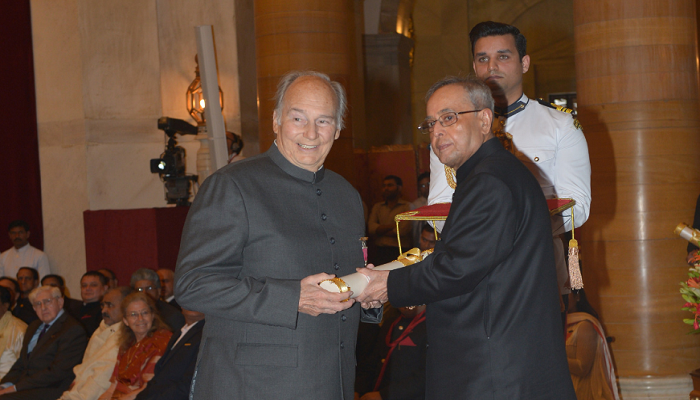 On an invitation from Vice President, Aga Khan is visiting India from 20 February – 2 March, 2018. This year marks the Diamond Jubilee of leadership. He will hold talks with Vice President on 21 February 2018.

During his stay in New Delhi, he will also call on President and Prime Minister.

Sunder Nursery, a 90-acre park near Humayun’s Tomb in New Delhi, will be inaugurated by  Vice President in the presence of Aga Khan on 21 February 2018. The park, a part of the Nizamuddin Urban Renewal Initiative is a partnership between Aga Khan Trust for Culture, Aga Khan Foundation, Central Public Works Department, South Delhi Municipal Corporation and Archaeological Survey of India. In addition to these engagements, he will be visiting the cities of Ahmadabad, Hyderabad and Mumbai, where Aga Khan Development Network (AKDN) is involved in various development projects.

It may be noted that during his previous visit in 2015, the spiritual leader of Shia Imami Ismaili Muslims was conferred Padma Vibhushan for his contributions to social development in India.

The spiritual leader is the founder and chairman of the Aga Khan Development Network (AKDN) and is the 49th hereditary Imam of the Shia Imami Ismaili Muslims. He has been deeply involved in developmental works for almost 60 years.

In 2015, President of India, Pranab Mukherjee, awarded him the Padma Vibhushan, one of the country’s highest civilian decorations, for his contributions to social development in India.