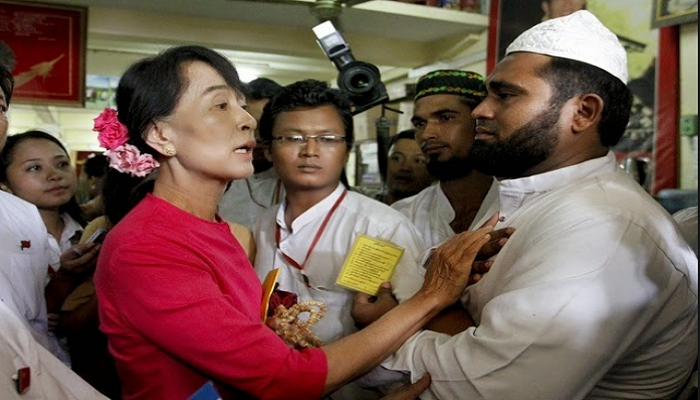 Presence of Rohingyas near on the India-Bangladesh boundary in the Tripura sector are known to the government, a Ministry of External Affairs officer said today in New Delhi.

He also said that the Indian government is aware of the presence of 31 persons originally from Rakhine State in Myanmar, currently at the Zero Line on the India-Bangladesh border.

Tripura: Tribal youths clash with Muslims after the alleged molestation

These Rohingyas are being provided with humanitarian assistance as well.

The officer said that the documentation and the claims of stranded Rohingyas are being examined while necessary shelter, food and material are being provided to them by forces guarding the Indian border.

He acknowledged the media reports claiming the presence of Rohingyas stating that the government is aware of media reports of alleged movement into Bangladesh by some such persons.

But he said that the government is not a party to such movements.

India, he said, will work with its “neighbours to handle such matters through mutual consultation.”

India is at the forefront of providing assistance to the displaced people.

In order to meet the pressing relief needs of the Rohingyas, and Myanmarese Hindus and Buddhists, the Government of India had supplied essential requirements to about 300,000 persons in Bangladesh and about 15,000 persons in Myanmar in October and November 2017 respectively.