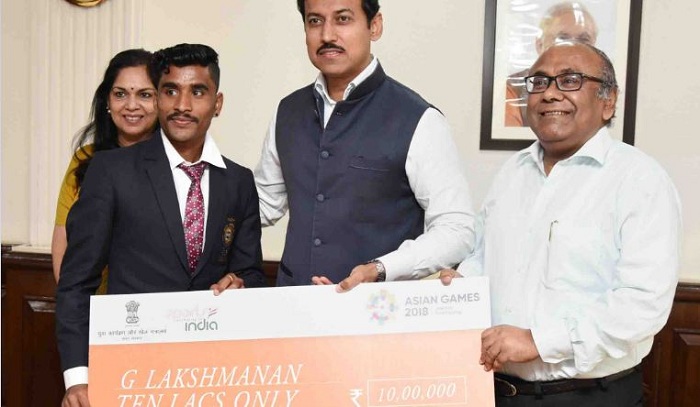 Lakshmanan was unfortunate to have missed the medal as he was disqualified at the end of the 10,000 metre race for no fault of his. Lakshmanan was forced out of the track momentarily, as he was hit by the spike of another athlete.

The Indian team protested against the disqualification of Govindan Lakshmanan at two levels but it was turned down. To encourage the athlete to keep doing the hard work and strive for the medals, the Minister of Youth Affairs and Sports Col Rajyavardhan Rathore rewarded him Rs 10,00,000/- ( Rupees Ten Lacs only).
Kho Kho team to get financial support for participation in International championship