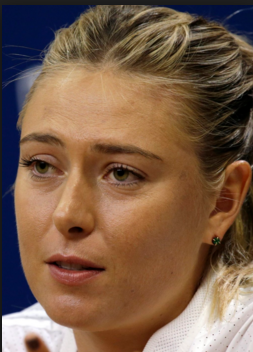 New York, March 12, 2016: Maria Sharapova has been facing rough weather of late with accusations and concerns being raised over her game.

In a detailed Facebook post the embattled Tennis star has given her version of the controversy that is threatening to derail her following.

The post titled ‘To My Fans’ is important as it helps understand her side of the story and from what she wrote, it is evident that Maria Sharapova is not happy with the media coverage and has expressed her ‘determination to fight back.’

Thanking her fans Sharapova hit out at the some in the media in the strongest words accusing them of distorting, exaggerating and failing ‘to accurately report the facts about what happened.’

She spoke of the report that said that she was warned 5 times about the ban on the medicine that she was taking but Sharapova says that this was not true and that it never happened.

Maria Sharapova told her fans that “I already told you about the December 22, 2015 email I received. Its subject line was “Main Changes to the Tennis Anti-Doping Programme for 2016.” But she does concede that she should have made more attention to this one.

But she does say that she did not worry about any other communications that she received as they were ‘buried in newsletters, websites, or handouts.’

“On December 18, I received an email with the subject line “Player News” on it. It contained a newsletter on a website that contained tons of information about travel, upcoming tournaments, rankings, statistics, bulletin board notices, happy birthday wishes, and yes, anti-doping information. On that email, if a player wanted to find the specific facts about medicine added to the anti-doping list, it was necessary to open the “Player News” email, read through about a dozen unrelated links, find the “Player Zone” link, enter a password, enter a username, read a home screen with more than three dozen different links covering multiple topics, find the “2016 Changes to Tennis Anti-Doping Program and Information” link, click on it and then read a page with approximately three dozen more links covering multiple anti-doping matters. Then you had to click the correct link, open it up, scroll down to page two and that’s where you would find a different name for the medication I was taking. In other words, in order to be aware of this “warning”, you had to open an email with a subject line having nothing to do with anti-doping, click on a webpage, enter a password, enter a username, hunt, click, hunt, click, hunt, click, scroll and read. I guess some in the media can call that a warning. I think most people would call it too hard to find.”

Later Maria Sharapova also spoke about the “wallet card” which was distributed at various tournaments at the beginning of 2016, after the ban went into effect.

This document had thousands of words on it, many of them technical, in small print. Should I have studied it? Yes. But if you saw this document (attached), you would know what I mean.

The document has been reproduced below: 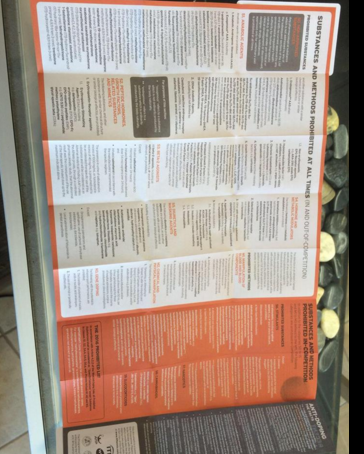 She then goes on to assert that it was wrong to say that she was ‘warned’ five times.

Maria Sharapova added that she was proud of her game and that she has been honest and upfront and signed off with a hope that she will be allowed to play again. Her fans would certainly wish the star well but the question that we all should be asking is, that is there no way that the players could give feedback on the information that they receive? Is there no way that they can raise their voice and demand more professional and condensed way of getting information related to the game?

Surely the way Sharapova expressed her frustration via Facebook, she could have taken similar route earlier as well? She is a professional player and these things are her business to take care off.

Plus, considering the star she is, she would have a dedicated staff to take care of these things. So who did not do the job well?

Maria Sharapova may be angry with the media but she needs to think over these questions as well.