The Polit Bureau of the Communist Party of India (Marxist) has issued the following statement after a thumping victory of BJP in Tripura which stunned the political pundits. In the statement, the CPI(M) noted that after 25 years in government, the Left Front has been voted out of office and said that this verdict of […] 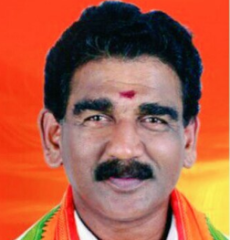 New Delhi, March 15, 2016: A Kerala-based leader of the youth Congress,  Sunil Kumar never thought that this morning would be his last. The youth leader was hacked to death right outside his home by alleged CPM activists who stabbed him 35 times in Alappuzha. He has joined Congress after leaving CPM and is said […]

Kerala, February 16, 2016: Ground-level RSS workers continue to get killed and their death continues to get politicized for vested interests. The latest victim is the young 27-year old Sujith who was hacked to death in Kannur. What makes the murder even more gruesome is that his parents and brother tried their best to stop […]