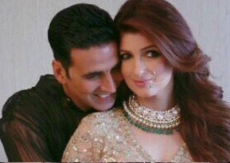 Akshay Kumar is an excellent actor and a successful producer! He is also the flavor of the season with a smashing hit in Airlift but Akshay Kumar’s hubby avatar is perhaps the most suitable role for him. Married to Twinkle Khanna, who was herself once a successful female actor before settling down with him, he has proved […]