New York, July 20, 2016: Playing Pokemon Go is haram, has ruled a premier Saudi Arabian Muslim body as it renewed its 2001 opposition to the game that has the world hooked right now. Claiming that Pokemon Go is unIslamic the body has made Pokemon Go lovers in the kingdom disheartened. The problem is that […] 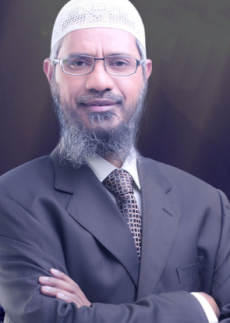 Mr.  M.K. Chishty is the Sajjadah Nashin or the hereditary administrator of the Dargah Sharif of Atodara in Gujarat, India. He is from 42th generation from the Prophet of Islam in the lineage of Chishtia order of Sufi. He is also the Chairman of Gujarat Minorities Finance & Development Corporation. Here is an exclusive conversation with him: […]

Karachi, March 21, 2016: Darul Uloom Karachi has cleared the air regarding a fatwa that was allegedly issued by Maulana Rafi Usmani which pronounced that liking Facebook posts of the model Qandeel Baloch were haram. Maulana Muzammil who happens to be Mufti Rafi Usmani’s Personal Secretary has claimed that the said fatwa is phony. The […]

A Mufti named Rafi Usmani has issued a fatwa against a Pakistani model Qandeel Baloch who famously said that she would strip dance for Pakistani team if it wins against India. This Fatwa states that “liking a post by Qandeel Baloch is haraam.” The strip dance could not happen as India won the match instead […]