Sindh, July 27, 2016: While the Bharchundi Peers and other radicals are saying that a Hindu man committed the blasphemy by entering a mosque and setting fire to Quran the truth seems to be that the alleged Hindu man had actually converted to Islam four years ago! There are also questions that how is it […] 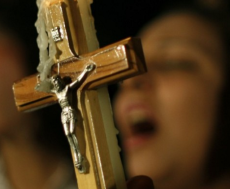 Egypt, July 26, 2016: The The Middle East Media Research Institute (MEMRI) has reported that a strong Muslim mob attacked the minority Copts, who practice Christianity, as it felt that it was constructing a Church. The mob attacked the Copts in the Beni Suef Village in Egypt after the rumors of a Church construction went […]

New York, July 20, 2016: Playing Pokemon Go is haram, has ruled a premier Saudi Arabian Muslim body as it renewed its 2001 opposition to the game that has the world hooked right now. Claiming that Pokemon Go is unIslamic the body has made Pokemon Go lovers in the kingdom disheartened. The problem is that […]

New Delhi, May 17, 2016: What started as a skirmish on Sunday night, has now become an intense riot with two communities clashing in Azamgarh, Uttar Pradesh. So far it is unclear as to what led to the situation but it is alleged that a youth Danish from Khudadapur had enmity with one Musafir. This […]