The world sees Uyghur community as one of the most persecuted people in the world. The sympathy wave this community enjoys is much at par with the Tibetan Buddhists and yet, it seems that the leaders or the scholars of this community are rather choosy (to put it mildly) when it comes to certain sections. […]

A contract with Random House is every writer’s dream. But what happens when the publishing giant decides to snatch the mat from under the feet? That’s exactly what has happened to author Thilo Sarrazin who is also a politician with conservative leanings. Random House has declined to release a new book by Thilo Sarrazin fearing […]

Airtel is in a soup. Former Jammu and Kashmir Cheif Minister Omar Abdullah took to social media (its always social media which is starting new fights) and accused the company of pandering to bigotry. The reason was that one user of Airtel DTH had said that she had no faith in the effectiveness of a Muslim’s […]

Ajaz Khan is busy raking controversies on Twitter but his heart is firmly set in Quran. He was unhappy with Amitabh Bachchan and others for posing with the Prime Minister of Israel, Benjamin Netanyahu and therefore, choose to make himself clear. He tweeted to the senior Bachchan that Netanyahu is a killer and he killed […]

Pakistani PM Nawaz Sharif took out time to celebrate Holi with the Hindu community this year. When he came to felicitate the Hindu community, he also heard the chanting of the sacred Gayatri mantra by a female participant which you can hear in the video below. The Pakistani PM remained mostly silent and clapped at the […]

Indonesia which has the largest Muslim population in the world has put its minority Christian governor of Jakarta, Basuki “Ahok” Tjahaja Purnama, on a Blasphemy trial for insulting Islam. If sentenced, he may either get a sentence of five years in prison if he is found guilty. Indonesia is considered a moderate nation yet Shariah […] 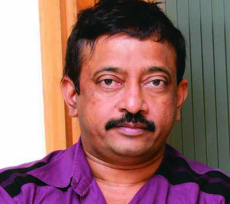 What’s up with Ram Gopal Varma? The director is tweeting stuff that would make him stand in the league of Taslima Nasreen! Yes, Ram Gopal Varma is an Atheist who has taken to taking potshots at everyone! First, he stated that he thinks that Christians and Hindus also should learn Quran to escape being killed […]