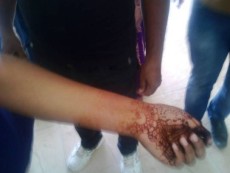 Christian school named Doveton Girl’ & Boys’ Hr.Sec.Schools in Vepery, Chennai recently became a target of controversy after journalist S Gurumurthy angrily tweeted that a girl was fined Rs. 500 for putting Mehendi or henna on her palms. The school posted the charge in the school bill as well prompting an angry response against the lack […]