New Delhi, May 17, 2016: Two years back on 16th May, Narendra Modi defeated the Congress, the media and everyone else who felt that he was a polarizing figure and had no business claiming the top throne of the country. There were doubts and more doubts that his ascending the throne will make India a […]

New Delhi, May 5, 2016: Han Zheng, Party Secretary of Shanghai and Member of the Politburo of the Communist Party of China, met the Indian Prime Minister Narendra Modi on May 5, 2016. During the meeting Narendra Modi recalled his meeting with Zheng in Shanghai when he visited China last year. Han Zheng also stressed that the Prime […]

Hindus often do not discuss the issue of ‘Hinduphobia’ that is rising in the West. The reason is not that they are unaware, but because they feel that eventually people targeting them would realize that they are wrong. It is common in the West, especially in the USA, to degrade Hindu beliefs, something that does […]

New Delhi, March 22, 2016: Terrorist attack that has killed many and injured several after the metro and airport were targeted has made India take up immediate steps to provide help to stranded Indians. External Affairs Minister Sushma Swaraj has said that she is in touch with Manjeev Puri who is the Indian Ambassador in […]

New York, March 19, 2016: Leave.EU, made up of six British politicians across a range of parties, have written a personal appeal to the President of the United States, Barack Obama, calling on him to refrain from entering the UK’s EU referendum debate when he next visits the UK. The five British MPs, Peter Bone […]

New Delhi, March 11, 2016: Huggies has announced that it is donating 22 million free Huggies diapers to the National Diaper Bank Network (NDBN) in response to President Obama’s call for companies to bring even more attention to diaper need in America. Kimberly-Clark first brought the issue of diaper need to the forefront in 2010, […] 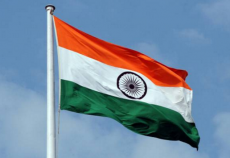 New Delhi, March 1, 2016: India is not buying the line that there is any intolerance towards the minorities as some US Congressmen stating, nor is it going to take this bullying to its heart. In response to a question on media reports regarding the letter written by some Members of the US Congress to […]

India and Vietnam have for long been the victims of Chinese aggression in Asia but if the two countries continue to assert themselves in the South China Sea then it is likely that China will have to mend its ways and come to the dialogue table. Vietnam despite being smaller in size has shown such […]

New York, February 27, 2016: A new online petition is urging Secretary of State John Kerry not to exclude Christians  from a declaration of genocide at the hands of ISIS. Co-sponsored by In Defense of Christians (IDC) and the Knights of Columbus, the petition can be signed at www.StopTheChristianGenocide.org   The petition is being promoted […]