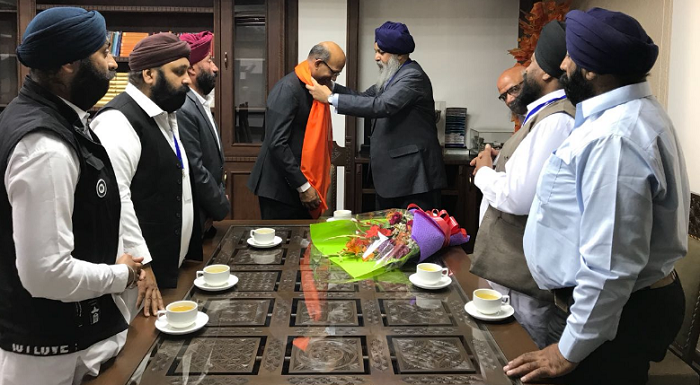 On June 12th, a delegation of Afghan Sikhs and Hindus met Indian Ambassador Vinay Kumar at the Kabul Gurudwara. Sardar Avtar Singh was leading this group but the Indian Embassy chose not to divulge much at that time.

During one of the many important discussions, Avtar Singh had mentioned the need for electronic crematoriums for the Afghan Sikhs and the Hindus, reported Indian Express today.

Afghan Sikhs and Hindus have been on the receiving end due to the rise of Pak-backed Taliban and many have fled to other nations. But for those who have been left behind, the task has been no-less arduous. The need for electronic crematoriums have been felt in Jalalabad, Kabul, and Ghazni and a request for ambulances has also been made. The need for the crematoriums has been felt as Afghan Muslims object to the cremation on religious grounds.

Fagirchand Chandihok, an Afghan Hindu based in Germany, spoke to www.currentriggers.com and backed the demand of the Afghan Sikhs and the Hindus. While he felt that the move may not be well appreciated by some conservative sections of Afghan Muslims, yet he felt that the Indian government must heed the voice of this peaceful minority group. He, however, said that training the people at the crematorium is also very important. He also said that these crematoriums are low cost and are environmental-friendly and that the Hindu community in Germany is also using it to bid farewell to their departed ones, hence, a similar facility in Afghanistan will be really good.

Earlier a damning report by the US noted that the members of the minority Afghan Sikhs and the Hindus continue to be denied the basic rights granted to Muslims by Afghan courts.

In its annual report on International Religious Freedom, the State Department said: “Representatives of minority religious groups reported a continued failure by the courts to grant non-Muslims the same rights as Muslims.”

Afghan Hindus and Sikhs to not play Holi