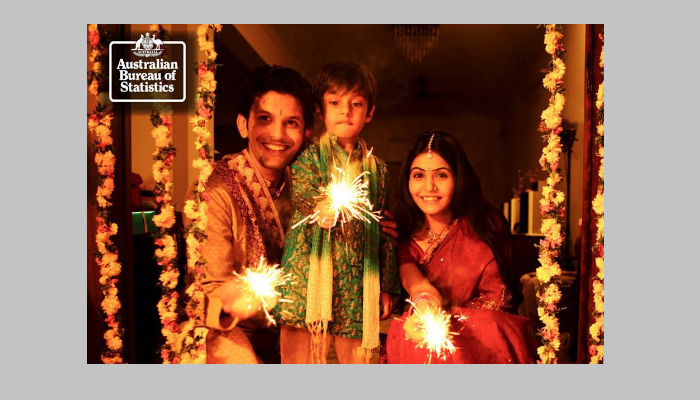 Diwali for a Hindu Australian named Nijesh Hirpara turned out to be a shocker after a delivery man wiped away a beautiful piece of Rangoli ostensibly as it had Hindu auspicious and prosperity symbol Swastika in it.

In the video footage dated October 28th, the man can be seen first knocking and then shuffling his feet across the intricate Rangoli design that by the looks of it would have taken hours to make.

The Hindu Australian feels that the Swastika symbol could have made the delivery boy undertake the act as it could have been seen as the Nazi symbol, however, this is not certain.

Hirpara wants to spread awareness about the Hindu Swastika as he fears that the Hindu Australians may be targeted after being perceived as the supporters of neo-Nazis.

In a statement, he advised caution to other Hindu Australians saying that in the meantime, ‘please use this symbol very carefully. Otherwise, we can be easily targeted with hatred and racism. We don’t expect the world to change instantly. So, we have to be a little careful about it and start raising awareness.’

On October 29th, the Hindu Council of Australia has condemned the act calling it cowardly and said that the Hindu sentiments have been hurt by the act.

Earlier, we had reported how a restaurant came under fire for having the Swastika on its entry gate.

Hinduism is one of the fastest-growing religions in Australia, increasing the adherents from 0.3% in the 1991 census to 1.9% of the population in the 2016 census, numbering at 440,300. Therefore it is important to educate the fellow Australians about what the community stands for.