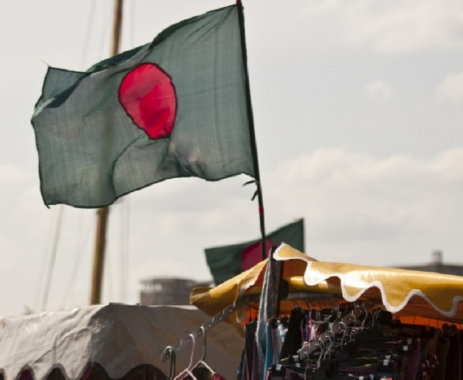 Munshigonj, July 25, 2016: Minorities in Bangladesh are having a tough time these days. While homegrown terrorists are increasing in numbers and their methods of eliminating their targets are becoming crueler and precise, the society at large is silent.

Bangladesh has had several warnings in the past that could have helped the nation’s political structure to frame a strategy against these home-grown terrorists, yet, it chose to look the other away. In Bangladesh, the minority religious structures such as the Hindu and Buddhist Temples were always on the target of fanatics which both the political parties, Awami League and BNP, chose to overlook to cement their respective votebanks.

And now, it seems, that the genie of terrorism has become too big to get tamed by either of the two. Now, even if there exists a political will to stop or at least arrest the growing radicalism, for the time being, it does not seem to be working anymore because the rot has spread deeper.

In the recent case, that should worry Bangladesh, perpetrators (land grabbers) demolished a Hindu Radha Govinda abode in a Temple on Sunday, i.e., on 24th July 2016 at Shilimpur village of Tongibari Upazila of Munshigonj district. The report is also carried by the daily Jugantor.com.

The perpetrators under local Muslim extremist Md. Tamzed Meah illegally barged into the Hindu Temple premises and demolished the tiny abode that was made by the devotees of the Hindu deities Radha and Govinda. This little abode was made with woods.

Tamzed Meah had his eye on the Temple land and was trying to covet it through illegal means for long.

Meah’s men threatened the Hindu priests to abandon the place or face their wrath.

At present, as per Bangladesh Minority Watch, Tamzed Meah is trying to do construction on the spot illegally while the Hindu community is awaiting the police to do its job.

When the Bangladesh Minority Watch’s advocate Rabindra Ghosh, contacted with Md.Alamgir Hossain- Officer in Charge of Tongibari police station, Hossain, however, said, that:

The advocate shot back to him and asked that when the act is against the religion then why it should not be taken into consideration. And why cognizance as per the law also be undertaken as per penal code section 295(2)?

To this, the officer had no answer. The officer’s silence and unwillingness to work for Hindu religious rights is in accordance with the silence of Bangladesh’ civil society who is yet to wake up to the misery of Hindus in Bangladesh.