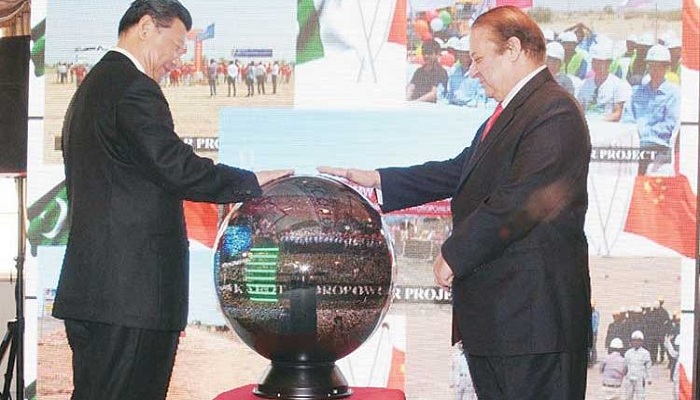 CPEC is crucial for Pakistan and China, but Chinese are becoming increasingly touchy and also undiplomatic in their responses which show that they are inept at handling media queries and reports. Too bad Pakistani media is much free than the Chinese one and some can really unnerve the dragon.

Here is one such case where the Chinese side got a little too angry on CPEC:

The acting Chinese ambassador to Pakistan Zhao Lijian Muhammad Lijian Zhao ran into a Twitter spat with a Pakistani journalist and it was anything but pretty.

The Chinese Ambassador was peeved over allegations that CPEC had corruption etc. Worse he even questioned the integrity of the journalists who raise doubts over the China-Pakistan Economic Corridor (CPEC).

Here is what he said so as to settle all the doubts all at once:

Is China using Prisoners as labour to save costs under CPEC? This is nonsense. The person spreads rumors like this has a hidden agenda.

For energy projects, any company accepting upfront tariff set by NEPRA is capable of wining contract.Tariff is decided by NEPRA, not company.

For those who accuse CPEC projects of corruption, there is one Chinese saying: Gauge the heart of a gentleman with one’s own mean measure.

When the journalist told him to take it easy:

Easy there… Chinese, yes, but still a diplomat in Pakistan, no? https://t.co/tFuqGd0xiv

Then the Chinese ambassador shot back and said that it is really unfortunate that senior journalists believe in this kind of stories of Chinese prisoners in CPEC projects. Are they out of mind?

It is really unfortunate that senior journalists believe in this kind of stories of Chinese prisoners in CPEC projects. Are they out of mind https://t.co/wTGcIH3vI0

To this the journalist wondered if the lashing our was a proper diplomatic response and the Chinese Ambassador responded:

When those people spread rumors that Chinese workers are prisoners, are they diplomatic? For those people, only one word nonsense https://t.co/nPnpCTSY5L

He also highlighted the clean-up that China has done against corruption:

No need to be cynical. FYI, China punished 1.01 million officials since 2013. CPEC projects are a clean sheet. They are part of the war, too https://t.co/Q3wjJXi8VU

But the feud shows the uneasiness that Chinese feel over any questions raised on the China-Pakistan Economic Corridor. Is there more to come?