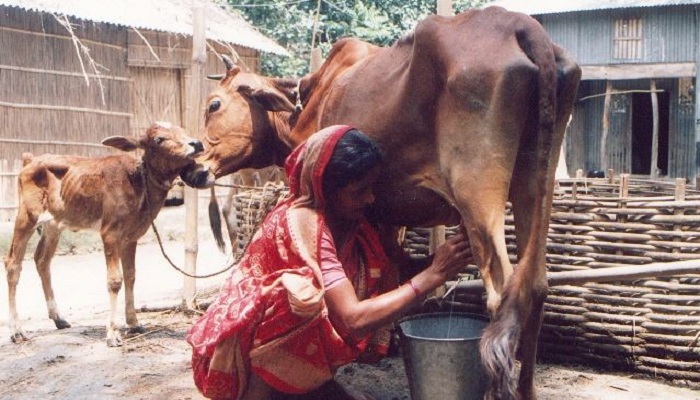 Cow slaughter and feasting in the Hindu Temple premises by the local Muslims has stunned the Hindus in Bangladesh. As per bdnews24, this was going on in the Temple premises of Sree Sree Brahma Mandir and Dakhineswar Kali Mandir at Langalbandh-Bandar Sub-district of Narayangonj District. Langalbandh is a Hindu religious place and millions of devotees from India and Nepal also come here to bath in the sacred waters. It is situated on the bank of the Brahmaputra River near the Dhaka-Chittagong highway.

Bangladesh Minority Watch said that on 11.11.2016 this was deliberately done to hurt the religious feeling of Hindus.

The minority watchdog said that the perpetrators with ill intentions and without any lawful authority trespassed the Hindu religious place, slaughtered cows, assembled and then tried to occupy the Hindu Temple properties.

In this connection Madhab Chakravorty, Shebait of the Temple, filed a complaint on 14.11.2016 before the Officer in Charge of Bandar Police station at Narayangonj for this attack:

Due to Bangladesh Minority Watch’s intervention, the Bandar police took cognizance of the desecration of the Hindu religious place at Nangolbandh area against Marfat Ali and he has been arrested.

More similar cases of cow slaughter in the past:

The question is why a cow slaughter is undertaken near the Hindu institutions in Bangladesh? This must be understood in the light of these three incidents:

a.) In 2015 on Eid, Bangladesh Minority Watch reported that cow slaughter took place in front of the Radha Krishna Temple situated at Rampura Area of Dhaka Metropolitan Area. It also underlined that there were laws to prevent the defiling the place of worship yet the perpetrators were never apprehended.

b.) In 2015 itself, the same minority watchdog reported that the principal of the Sabuj Kuri Kinder Garden School, Abul Kalam Azad, confessed that he fed beef/cow meat to Hindu Students on the occasion of the announcement of the results of yearly examination on 30 December 2014. Thirty Hindu students of the school were given beef packets and some of these students vomited and had other problems after eating the beef. 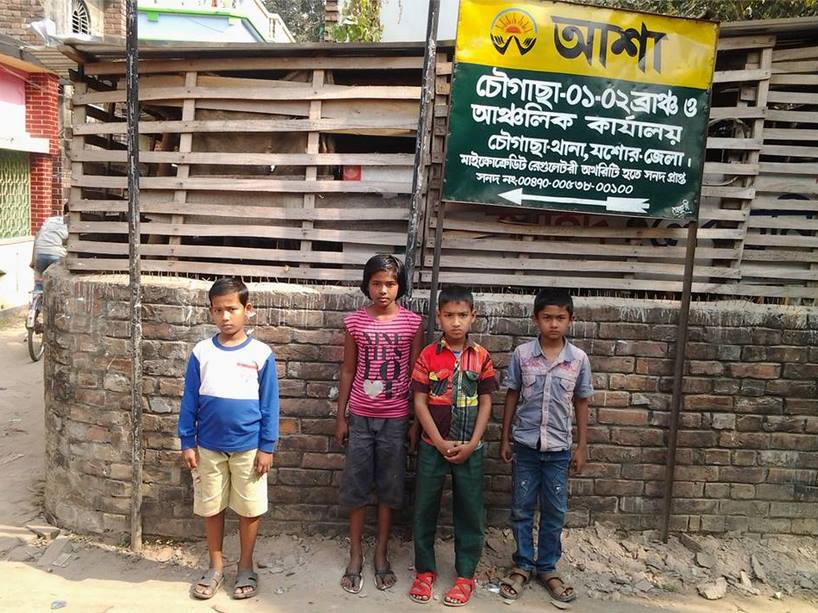 Parents of the students complained in front of the Deputy Commissioner and local Thana Nirbahi Officer of the Chougacha Upazilla but nohing happened.

c.) In April 2015 itself, a six-month pregnant cow and her unborn calf were butchered at the Sherpur Upazila Market for sale of beef at Bogura District of Bangladesh after which the local people demonstrated against illegal activities of beef traders.
Bangladesh minority Watch then communicated with Md. Ali Ahmed Hashim- Local Officer in Charge of Sherpur Police Station who said that necessary step would be taken against such slaughter but nothing happened.

These are just one of the many hundreds of incidents that have aggrieved the Hindu community but the religion is not the sole reason to undertake these acts; to acquire Temple and other Hindu properties are one of the other major factors as well. To scare the Hindu community and  to show that they are unwanted citizens and that their religious concerns are sham can be done easily by doing a cow slaughter. Unfortunately, the civil society does not understand and takes into account the real reason behind these cow slaughter incidents and instead expects the minority Hindu community to let it all go unchallenged because after all it is just an animal. But for Hindus a cow slaughter near their houses and Temples is a sure shot sign of Bangladesh turning its back on their human and religious rights. So how will this all sort out?

Kapil Sharma Is Receiving Enormous Hate Online, And For A Completely Stupid Reason!

Dhaka turned red with blood this Eid, but why no one is worried? (pics)