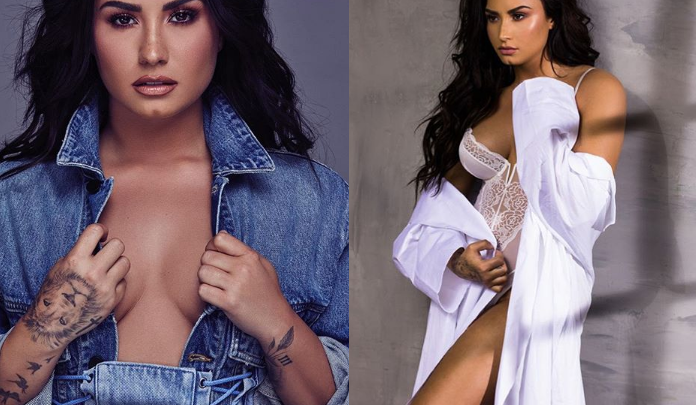 The once Disney star and now successful artist, Demi Lovato has opened up about her eating disorder during her days on the TV. In an interview with Bustle, the young artist claimed that the television industry normalized her eating disorder. She also said that her previous team used to check her weight before any photoshoot.

She said: ‘Wow. This is so terrifyingly normalized’. She adds that she used to be given “watermelon with fat-free whipped cream” in place of a birthday cake every year!

“I used to have people watching me the night before a photoshoot to make sure that I didn’t binge or eat and be swollen the next day. I came out of the experience with the choice of talking about my struggles or my journey with the possibility of helping people, or keeping my mouth shut and going back to Disney Channel. And I was like that doesn’t feel authentic to me. So I chose to tell my story,” Demi Lovato said.

Demi Lovato now wants a career that does not focus only on her body. With Bustle, she said that I want a career that has nothing to do with my body. “I want it to be about my music and my lyrics and my message. And I want a long-lasting career that I don’t have to change myself for,” Lovato said, adding: “Music brought me so much joy when I was younger, and I lost that joy throughout the hustle and bustle of the music industry. I got miserable. And I don’t ever want it to be like that again,” said Lovato.