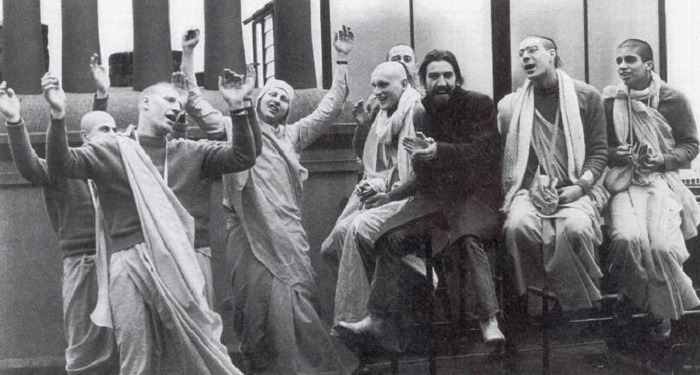 Hindu Temple Bhaktivedanta Manor had to close down after some parts of it were engulfed in the fire.

The Hindu temple was donated for worship by Beatles’ George Harrison.

The fire at Bhaktivedanta Manor in Aldenham, near Watford, happened at about 13:00 BST on Friday.

While the staff and animals were reported safe and unharmed yet the Temple was shut down on September 21st.

On 22nd a statement from the Temple said:

“We are glad to announce that the Temple is now open again for regular worship.

The Goshala (farm) will remain closed until Monday. The hay barn has been completely destroyed and fire fighters are onsite as the last remains of the fire burn out.

The main building of the Goshala, as well as the large barn and workshop areas, remain undamaged by the fire. No one was harmed and all the cows are safe.

The cause of the fire is still being investigated.

We are incredibly grateful to the fire services for their speedy response and clear expertise and bravery in tackling the blaze. They have been both vigilant, courageous and extremely well mannered.

We are also deeply grateful to an off duty police officer and two other lads, one with an English three lions tattoo on his upper arm, for jumping into action with a take charge attitude in clearing buildings and securing the site. They just happened to be visiting the farm and we do hope to track them down for an official community thank you.

We have lost a barn to a fire. It is devastating and we remain somewhat still in shock. However, we are full of thanks to Lord Krishna in our prayers that all are safe and we will rebuild our barn.”

On 24th September the Goshala (place for cows, bulls, and calves) was opened for all to visit, the barn area for hay, which suffered maximum damage alone remains shut.