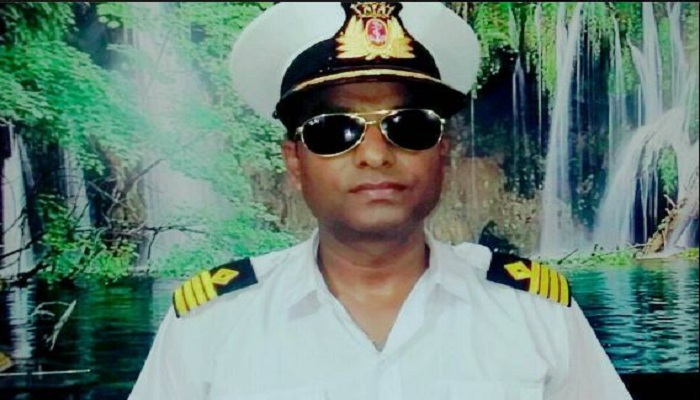 First Pakistani Hindu Captain has only words of inspiration and appreciation for his family, his mother, wife, and his brothers who stood by him while he worked hard to achieve his dream.

The first Pakistani Hindu Captain stops at nothing to extend the praise to his community as well which has never stopped appreciating his achievement ever since it came to light that Vijay Vaghella, is now ‘the’ Captain Vijay Vaghella.

Vijay Vaghella is the first Hindu captain in the  Merchant Navy and this is no small feat for the minuscule diminishing community that has been hit by waves of persecution and tragedies for long.

In his first address to the gathering, the first Pakistani Hindu Captain said that behind the success of every man stands a woman. In his life, he said that this was done by his mother and his wife.

He also gave credit to his brother and his community.

Meet the Hindu girl from Pakistan with an interest in sitar

The Pakistani Hindu girl who knows how to wield a bat!