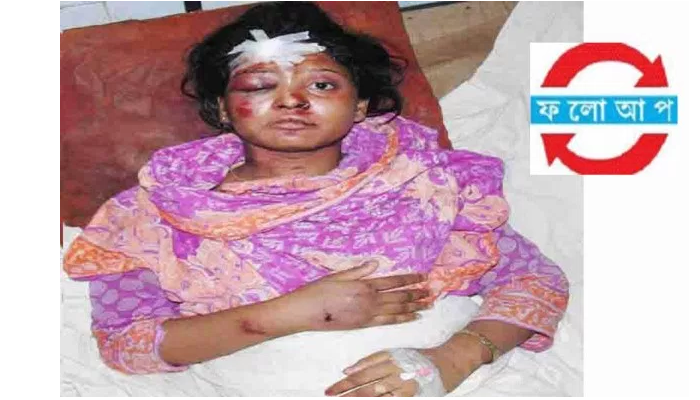 Hindu girl Priya Mullick was hospitalized after she was viciously assaulted by perpetrators as she refused to convert to Islam in Bangladesh.

Worse, when a human rights activist had a query with regards to the arrest of the perpetrators, it was met with threatening reaction from Cox Bazar’s superintendent of police Dr. Iqbal and Officer in Charge of Kutubdia Police station Md. Didarul Ferdous.

The Hindu girl Priya Mullick was on target of Mohammad Hassan (35) and two other perpetrators who forcefully tried to convert her to Islam, but failed as she resisted their attempts. The report of this forced conversion attempt to Islam has been published in many local Bangladeshi newspapers like the CoxBangla.

Enraged at her refusal to leave Hinduism,  the two allegedly beat her up and tortured her so violently that she is now in a hospital fighting for her life. The police could not arrest the perpetrators even though her father Shadhan Mullick had lodged the First Information Report (F.I.R) at Kutubdia police station.

Poor and gullible Hindu children converted to Islam in Telangana

When the advocate of Bangladesh Minority Watch contacted the above-named police officers, the two threatened him and told him to not contact them for any information with regards to the arrest of Mohammad Hassan or his friends.

Bangladesh Minority Watch is demanding that the Hindu girl and her family should be provided security and medical assistance.

Hindu parents allowed the girl to marry a Muslim man, and then, all hell broke loose!

Due to constant religious persecution, Hindus from Bangladesh have been forced to migrate out of the country with many choosing to live life as a refugee in India.