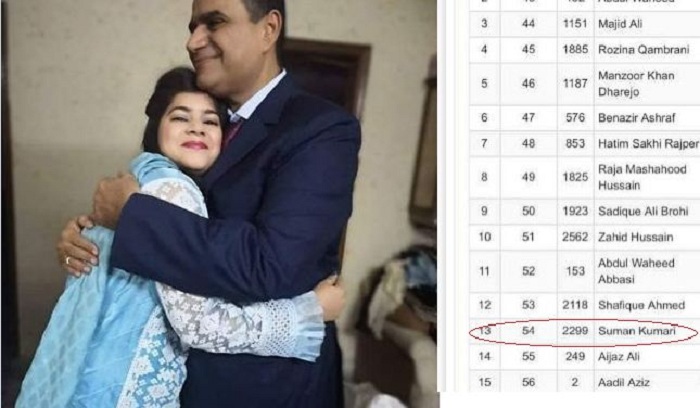 Congratulations are pouring in for the family.

Hindu numbers are continuously declining in Pakistan due to apathy shown by the state agencies in cases of religious persecution. Suman Bodani will, therefore, have a lot of expectations riding on her shoulders.

Hindus are roughly 2% of the total population of Pakistan and many have taken refuge in India after violence and forced conversions.

Hinduism remains the second largest religion in Pakistan ahead of Christianity and others.