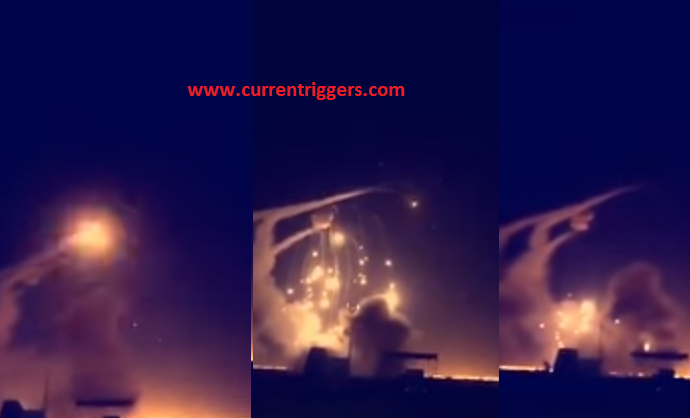 In response to media queries on the missile attacks in Saudi Arabia, the Official Spokesperson said :

”We strongly condemn the renewed missile attacks targeting civilian areas in the direction of Riyadh and other cities of Saudi Arabia. We are deeply concerned about the escalating situation threatening the lives of innocent civilians. We reiterate our resolve to fight terrorism and violence in all its forms.”

Saudi Arabia has said that one person was killed after seven missiles were fired from Yemen by the Iranian-backed Houthi rebels on Sunday.

The missiles were fired at four targets, including the capital city of Riyadh, and all were intercepted and destroyed, said Saudi coalition forces spokesman Col. Turki al-Maliki in a statement. Fragments from the intercepted missiles killed an Egyptian resident, the statement added.

Two months ago, Riyadh international airport was targeted by a missile fired by the Houthis, and in this context, the Arab League issued a decision condemning this act and standing by the kingdom of Saudi Arabia. The next day, the Arab League was described as a rotten institution by the president of Iran, stressing that this surprising statement shows that the league is an entity that maintains the interests of the Arabs.

Meanwhile, Arab Atomic Agency today condemned the Houthi ballistic missile attacks which took place on Sunday night on the Kingdom of Saudi Arabia, considering it a flagrant offense on the Kingdom and its people as part of a plot to destabilize the Arab national security.
In a statement, the agency expressed reassurance that the Kingdom alone is able to confront any attempt to tamper its security, confirming its right to defend its territories.

The Arab Interior Ministers Council also condemned ballistic missile attacks on the Kingdom of Saudi Arabia.
In a statement issued today, the Secretariat General of the council firmly denounced this heinous act which is considered a crime of war, affirming its solidarity with the Kingdom of Saudi Arabia in all measures to maintain security and combat terrorism and extremism.
The council has lauded the great performance and capabilities of the Saudi air defense forces as well as security agencies in aborting all terrorist plans.
Saudi Arabia puts sanctions on those connected with Hezbollah

The response of Saudi Arabia:

The Arab Coalition’s fighters launched air strikes targeting sites and gatherings of the Houthi militias in Sadah and Amran governorates in Yemen. According to “September Net” website, the raids resulted in killing and injuring of Houthi elements in addition to destructing heavy combat vehicles.