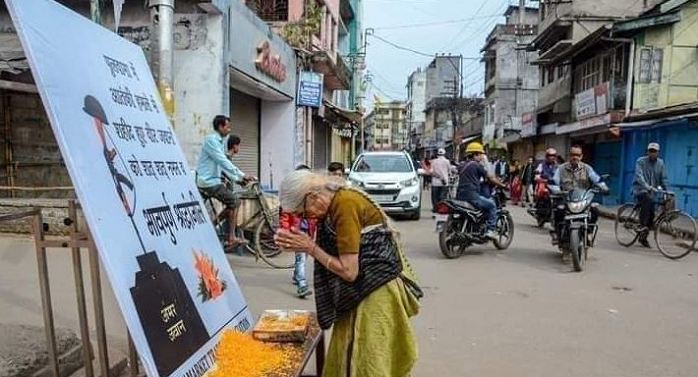 Tulsi Gabbard was perhaps one of the first international leaders to condemn the jihad terror attack in Kashmir’s Pulwama that claimed lives of more than 40 CRPF jawans.

Expressing her stand on the terror strike in Pulwama, Tulsi, true to her outspoken form called it what even many Indians were afraid to call it… ‘jihad.’ Tulsi Gabbard had written on February 14th:

“We stand with the people of India in condemning the terrorist attack in Jammu & Kashmir, and send our condolences and prayers to the victims’ families. We must all stand up against these jihadists and their ideology.”

Led by Pakistan-backed Jaish-e-Mohammad, the attacker  Adil Ahmad Dar had warned that he and his army of terrorists will bring such devastation on India that the ‘cow urine drinkers’ would find it impossible to contain.

If only Adil Ahmad had known something about the camel urine, or how the ancient medicines developed (from depending on nature and living beings to the form that we have become used to today), then he could have healed himself of the hateful mindset that was nurtured by his Pakistani handlers who any way  thrive on the Hindu-hate and Ghazwa-e-Hind.

This attack has seen perhaps the most passionate of protests that we know of in the last decade at least. Most of the Indian soldiers come from humble backgrounds, the effect that their martyrdom creates penetrates all segments of the society. Even the Non-Resident Indians and even foreigners who felt connected to India spiritually have come out to show that Jihadis like Adil Ahmad Dar are the real losers. No amount of excuses or explanations for Jaish -e-Mohammad’s terrorists are enough for these people who are as outraged as the Indians and join them in the grief that the people are feeling today.

In the USA, Viveik Patel raised more than USD 8, 00,000 or somewhere nearly 6 crores in the Indian currency for the martyrs of Pulwama. Thousands of people joined the fundraiser making it one of the most prominent fundraisers in the history of Facebook.

Hindu Forum of Europe joined in and condemned the ‘heinous’ and ‘cowardly attack’ of Pakistan-backed Jaish-e-Mohammad and took out a rally in London.

Hindu Council of Australia organized a prayer meeting in Sydney which was joined by several non-Hindus as well who were outraged at the dastardly jihadi attack on the forces.

The meeting was attended by several political biggies including the MPs and Councillors of Australian politics.

In Stockholm, several people came out on Sunday 17, 2019 at about 5 pm at the call of the Bangiya Sanatan Samaj (BSS), an apex body of Bengali Hindus in Sweden, to silently protest in the Medborgarplatsen square against the brutal terrorist attack in Pulwama.

They wanted to show their solidarity towards the people of India. This is one of the coldest times of the year but ignoring the winter chill, the protestors gathered in the open square to show their respect to the Jawans. Presence of children and women is what made all the protests heartening.

Hindu Forum Sweden also came out and condemned this attack.

Chitra Paul , cultural secretary of BSS belongs to Bangladesh, and when quizzed by Currentriggers.com on the need of her coming out in this weather for the martyrs of Pulwama when she is not even of the Indian origin said:

“We, Bengali people, are a very grateful nation. I remembered the 1971 Liberation War with Pakistan and how Indian forces helped us. We have seen what terrorism is with our own eyes. Pulwama terror attack touched our hearts.”

Calling attacks on Indian forces ‘as an undeclared war’ she said that “We Bengali Hindu will never forget mass murder and brutality on Hindu minority and secular people of Bangladesh that happened at the hands of Pakistani Army and their Jihadist pals. I stand with India… we all must stand with India.”

In short, after the Pulwama attack, the world has decided to drop all the pretenses and has taken a side and very clearly, it is standing with India. Let Jaish-e-Mohammad or Pakistan try and fight this.