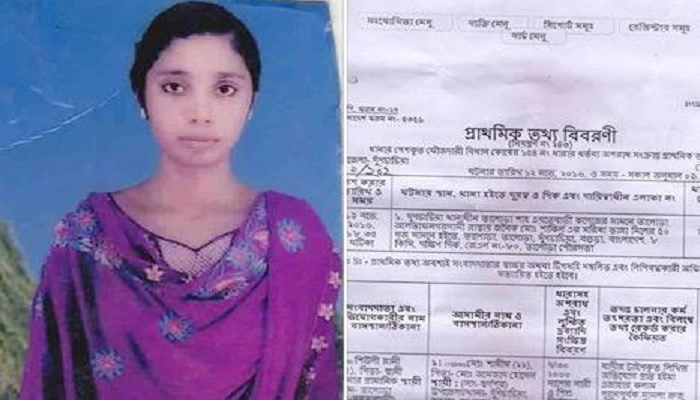 Minor Hindu girl Ripa Rani, aged 17, was abducted for forced conversion to Islam for trafficking has been recovered.

Bangladesh Minority Watch (BDMW) has reported that the minor Hindu girl was abducted from the Dhupchachiya Upazila while she was going to Talora Government College on 12.11.2016. She was recovered from Bogra Division at Bogra District on 18th December, 2016.

After hue and cry and push from the minority watchdog, the Bangladesh police finally recovered her and was produced in front of the local magistrate at Bogra where she recorded her statement and spoke about Mohammad Shamim (22) and Mohammad Amzad Hossain (40) and their role in the abduction.

Md. Nazrul Islam, Officer in Charge of Dhupchachiya police station has said that necessary steps will be taken to bring the criminals, Mohammad Shamim and Mohammad Amzad Hossain, to justice. The perpetrators are still absconding till the writing of the report.

Ripa Rani and many like her are victims of state apathy where minor Hindu girls are often victims of religious persecution. Many parents have complained of abduction and forced conversion of their daughters but by and large, Bangladesh has remained mum on the issue.