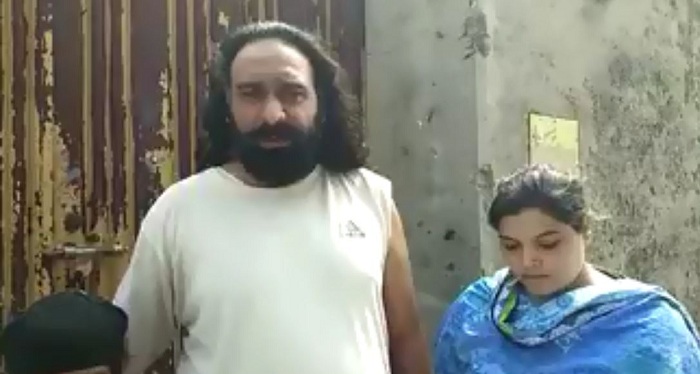 Pakistan’s first Sikh Police officer Gulab Singh Shaheen has been ousted from his house along with his children and wife by the officials of Evacuee Trust Property Board (ETPB).

The ETPB works under the Pakistan Sikh Gurdwara Parbandhak Committee.

The officer claims that his Turban was forcibly removed and he was pulled from his hair in a video.

In another video, the officer says that he has been treated most disrespectfully and the treatment is akin to what dacoits and thieves usually get. He also urged people to share the videos so that people become aware of the issue:

Gulab Singh has no place to go and is homeless at the moment.

Indian Sikh leaders such as Manjinder Singh Sirsa have lambasted Pakistan over the incident and said that the people of India, stand in solidarity with Gulab Singh Shaheen.

Sirsa also said that the disrespectful attitude of Pak Govt towards Sikhs has crossed all boundaries as they attacked the Dastar of an Amritdhari Sikh. We seek an FIR against the culprits.

Due to rising persecution in Pakistan, India had relaxed its citizenship rules and Visa policy under the Hindu nationalist government of India but the policy has come under fire as it is clear that it is non-Muslims who would reap the most benefits under the new rules.

Why the prayer call of Muslims, rang loud and clear in a Gurudwara?