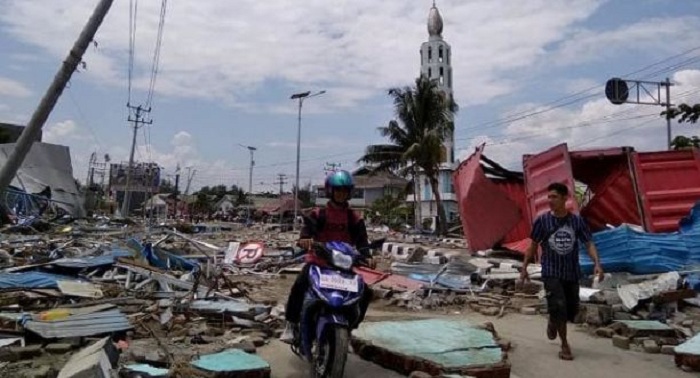 At least 832 people have been killed in the devastating earthquake and tsunami that hit the Indonesian island of Sulawesi, the national disaster agency has informed.

Several hundred are trapped in the rubble of structures that collapsed in Friday’s 7.5-magnitude earthquake.

The quake had triggered tsunami waves as high as 6m (20ft).

Shavkat Mirziyoyev, President of the Republic of Uzbekistan, coming to India

Indian Prime Minister Narendra Modi condoled loss of lives due to tsunami and earthquake in Central Sulawesi in Indonesia.

“Deeply saddened by the loss of lives and devastation due to tsunami and earthquake in Central Sulawesi in Indonesia. I offer deepest condolences. India stands with its maritime neighbour in this difficult hour”, the Prime Minister said.