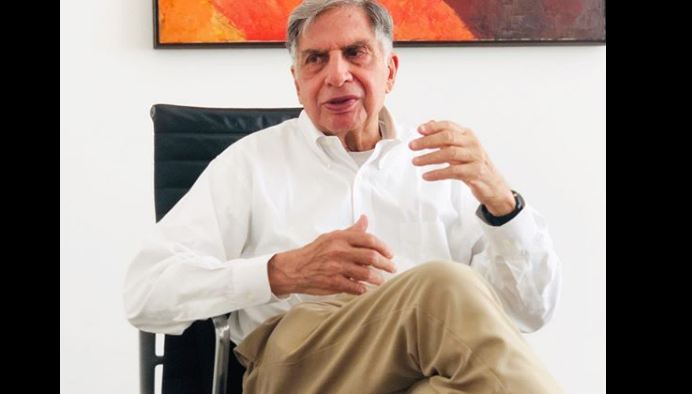 New Delhi, June 4th 2020: The death of the pregnant elephant has aggrieved everyone including top-tech honcho Ratan Tata who expressed his anguish at the incident.

In a statement, he said that he was ‘aggrieved and shocked to know that a group of people caused the death of an innocent, passive, pregnant elephant by feeding the elephant with a pineapple filled with firecrackers.’

Tata also said that such criminal acts against innocent animals are no different than acts of meditated murder against other humans and signed off saying that justice needs to prevail.

Minister of Environment, Forest & Climate Change Prakash Javadekar expressed sadness over the incident and said that the
Central Government has taken a very serious note of the killing of an elephant in Mallapuram, Kerala. He also said that the government will not leave any stone unturned to investigate properly and nab the culprit(s). This is not an Indian culture to feed firecrackers and kill.

Today Chief Minister of Kerala Pinarayi Vijayan has assured everyone that justice will prevail. He said that an investigation is underway, focusing on three suspects. The police and forest departments will jointly investigate the incident.

It is being said that the pineapple consumed by the elephant was actually meant to scare away wild boars and is a usual practice.

On May 27, a 15-year-old pregnant elephant ate a pineapple filled with powerful firecrackers that exploded in her mouth when she ate it. The pachyderm suffered serious injuries on her tongue and mouth.

Later she walked into a river and waited for three days as injury, pain, and hunger finally killed her and her baby.