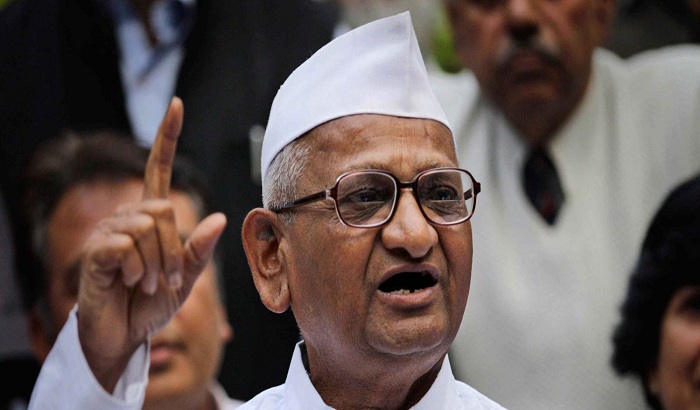 When one of the most loved peace campaigners in the world, Anna Hazare speaks, everybody listens. On The Kapil Sharma Show to promote his upcoming biopic Anna: Kisan Baburao Hazare slated to release on October 14, the Indian social activist commented on the growing tensions between India and Pakistan.

It all started when the show’s host Kapil Sharma started speaking on the sacrifices made by Indian Army personnel while protecting the border with terrorism-hub Pakistan. Kapil also expressed his deep gratitude to the army, saluting them on the show, and revealed that they were working on a special show for the Indian armed forces.

Also: Shah Rukh Khan: This Old Interview Will Tell You Why He Is The King!

Anna Hazare said this on the war scenario:

Both the nations should refrain from fighting now as their economies are very fragile. A war is very expensive financially to a nation and takes back the nation growth-wise. That they should not fight today is what I believe, but, but if Pakistan does not agree, then I am 79 years old and if the situation demands, then I am again willing to go fight Pakistan at the border.

Kisan Baburao Hazare, popularly known as Anna Hazare all across the globe, grew up in a poor family and has served in the Indian Army. His zest for making India a great nation by serving till the last breath was visible in the entire episode.

Kapil Sharma made sure that no stupid jokes were cracked in this episode, which was a heartwarming tribute to the veteran leader. On a slightly humorous note, Anna Hazare failed to recognize leading Bollywood celebrities Shah Rukh Khan and Deepika Padukone but immediately recalled the stars of his time, Dilip Kumar and Vyjayanthimala.

If you haven’t already watched the show, watch it now below. The simplicity of Anna will steal your hearts!