Tomorrow 500 Pakistani Hindus are going to be converted in Sindh, Pakistan. Such mass conversions hint towards cleansing of minorities and their religious imprints from Pakistan but sadly the world has failed to take note of this persecution.

Is it something new?

To settle scores with political rivals, Hindus are the most preferred punchbags. Maryam Aurangzeb who belongs to the ruling Pakistan Muslim League (Noon) recently exposed her inherent bigotry when she criticized the Hindus for giving money to Imran Khan’s Pakistan Tehreek-e-Insaaf or PTI.

Maryam Aurangzeb is the Minister of State for Information and Broadcasting and she told reporters that PTI is being funded by Jews and the Hindus. While Jews have gone extinct already, Hindus, that too from the poorest of the poor, still languish in Pakistan under abject persecution.

But can they get justice?

Pakistani Hindus sit on hunger strike, protest hard against the abduction of girls 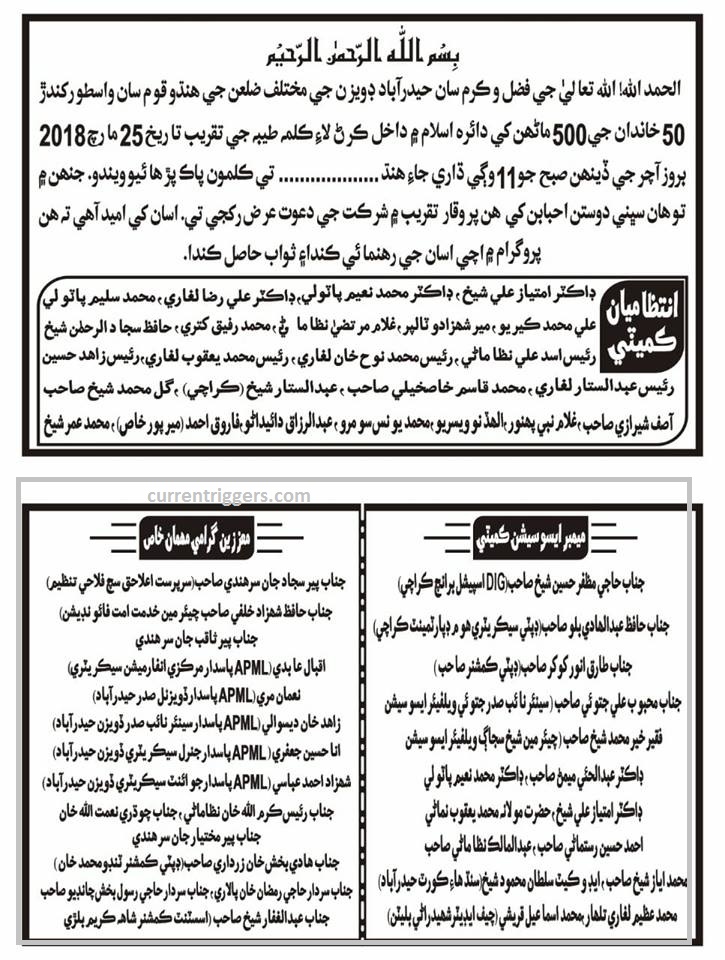 So when on 25th March 2018, 500 Hindus are going to be got converted there really is nothing to be alarmed about.

What is worrisome is that this mass conversion ceremony will be attended by the (as mentioned in this conversion ceremony invitation above) DIG Special branch – Haji Muzaffar Shaikh, Deputy Secretary Home department Sindh; Haafiz Hadi Bullo, Deputy Commissioner of the district, Tariq Anwar Khokhar and Peer Saqib Jan Sarhandi and more. In short, these are the crème de la crème who no one can touch.

Human Rights Watch gets slammed, under scanner of Singapore

So from political circles to businessmen to the very police officers, who are supposed to ensure that no religious minorities are persecuted or discriminated, everyone is involved then how can minorities survive in Pakistan?