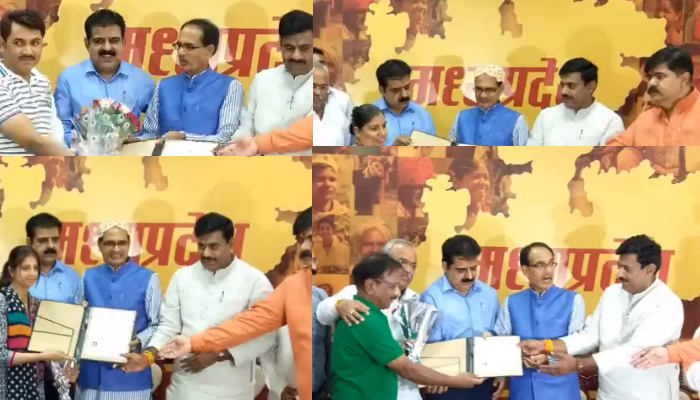 28 Sindhi Pakistani Hindus have been given Indian citizenship certificates by CM of Madhya Pradesh Shivraj Singh Chouhan in Bhopal on 23rd March 2018. The Chief Minister told the migrant Hindus from Pakistan that India was their country as well and urged them to stay in India.

He was emotional on the spot. Many Pakistani Hindus have been forced out of Pakistan due to continuous rapes, murders and forced conversion of underage Hindu girls and boys. Many of the migrants are presently staying in Delhi, Rajasthan, Gujarat and Madhya Pradesh while a sizeable percentage is also living in Haryana and Chattisgarh.

Zemira Eli Natan, an International Human Rights Advocate and Activist, who has been closely watching the situation of Pakistani Hindus told Currentriggers.com that:

Abduction of Hindu girls in Sindh are common for the purpose of forced conversion’ to Islam. Also, women get abducted to pay off debt to Feudal Lords in the region of Tharparkur. Illegal increase of rent also force Hindu women into this position and are often gang raped.

As the condition in Pakistan deteriorates for the Hindus, it is believed that the exodus may grow manifold. In this context, Indian government along with their state counterparts may have to buckle up to provide relief to this destitute population which has been largely ignored by the international community.