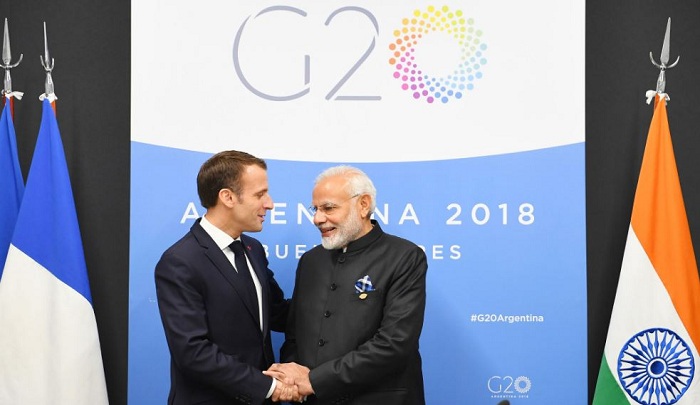 ​French Foreign Minister Le Drian had a telephonic conversation yesterday with External Affairs Minister Sushma Swaraj. Drian informed her of the action taken by France to sanction Masood Azhar, Chief of the UN proscribed terrorist organisation Jaish-e-Mohammed, which had claimed responsibility for the Pulwama terrorist attack on 14th February, 2019.

France has sanctioned Masood Azhar at the national level by freezing his assets. French Foreign Minister also informed that France has raised this issue with the European Union.

He reiterated that France has always been and will always be on India’s side in the fight against terrorism. External Affairs Minister also thanked FM Le Drian for France’s steadfast support and said that India looked forward to continuing this cooperation on the anti-terrorism front.

This action on the part of France was an expression of partnership with India and was in consonance with the global intent by responsible nations committed to fight against terror, including cross-border terrorism, anywhere in the world, said a note from the Ministry of External Affairs.

French government took this step in the light of the deadly terrorist attack that took place in Pulwama on 14th February 2019, claiming over 40 victims from the Indian police forces. In a press statement, the government said that

France has decided to sanction Masood Azhar at the national level by freezing his assets in the application of the Monetary and Financial Code. A joint decree of the Ministries of the Interior, and Economy and Finance was published today in the Official Gazette.

How and why is the Indian Army not like the Israeli Army?