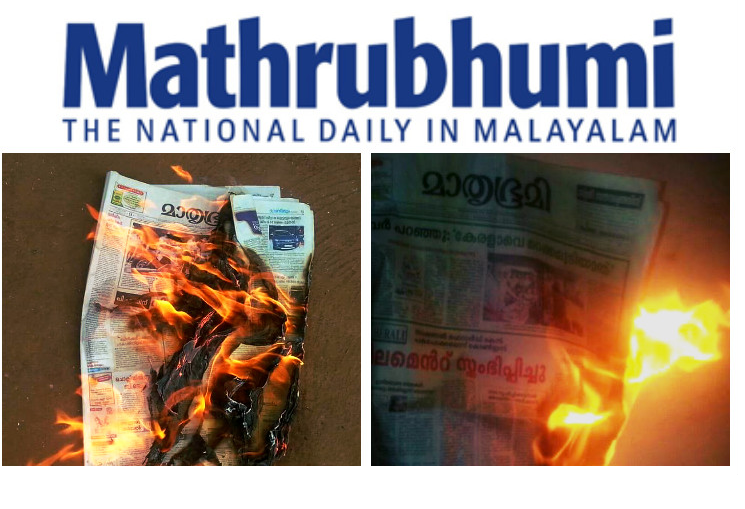 The daily has tendered the apology after the Muslim community expressed its anger over the reproduction of a comment that allegedly targeted Islam’s Prophet.

The comment was posted on social media on the controversy that broke out over Justice Kemal Pasha who had courted controversy for talking about Muslim women rights with regards to multiple marriages.

He had also expressed his grief and had asked the men from the Muslim community if they would be okay if the women had four husbands. However, this issue had died down swiftly.

As per thenewsminute.com, Mathrubhumi’s Calicut edition carried the views of readers in its AppsTalk section and it is here where one of the posts on the Prophet for his marriage with his wife was also mentioned.

Soon after publishing the comment, the Malayalam national daily was inundated by angry Muslim community members demanding an apology.

Many groups such as the PFI, SDPI and others protested outside the offices of the daily.

Social media was bombarded with the angry reactions with many worrying about the state of law and order while many compared this incident with what happened when the Asianet’s Malayalam anchor Sindhu Suryakumar after her discussion on the Goddess Durga insult in JNU.

It was alleged by the anchor that she received several threatening calls post which the media fraternity stood by her. Here is her Facebook Post that she wrote.

However, unlike the Asianet anchor, the Mathrubhumi did not receive any support. Earlier in January, India witnessed Kailachak riots on the insult of Prophet Mohammad by a man named Kamlesh Tiwari.

The newspaper’s apology so far has not helped in soothing down the tempers with angry protestors demanding that these incidents should not be repeated again.