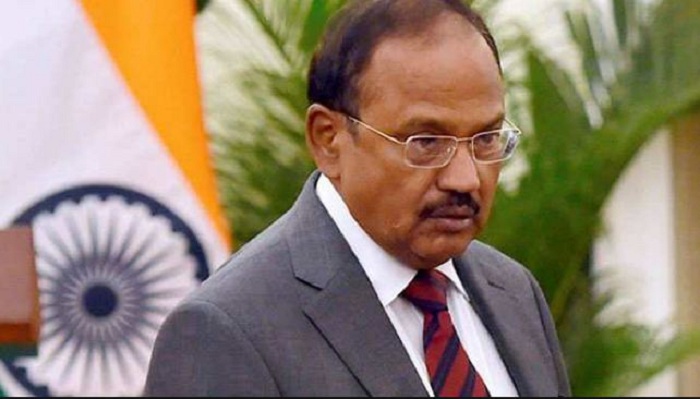 Pulwama terrorist attack has led to widespread anger in India and abroad it was, therefore, expected that countries who have suffered from terrorism would be more than happy to fight against the global jihadi terrorism. National Security Advisor Ajit Doval had a telephone call with his U.S. counterpart Ambassador John Bolton on the evening of 15 February on this same view.

The call was initiated by the U.S. side to express condolences and outrage over the Pulwama attack by Pakistan-based terrorist group Jaish-e-Muhammad (JeM).

He offered all assistance to India to bring the perpetrators and backers of the attack promptly to justice. NSA Ajit Doval appreciated U.S. support.

The two NSAs vowed to work together to ensure that Pakistan cease to be a safe haven for JeM and terrorist groups that target India, the U.S. and others in the region. They resolved to hold Pakistan to account for its obligations under UN resolutions and to remove all obstacles to designating JeM leader Masood Azhar as a global terrorist under the UN Security Council Resolution 1267 Committee process.

During the 13th Meeting of India-France Joint Working Group on Counter Terrorism which was held in Paris on 15th February 2019 France expressed solidarity with India. The Indian delegation was led by Mahaveer Singhvi, Joint Secretary (Counter Terrorism), Ministry of External Affairs, while the French delegation was led by Nicolas Roche, Assistant Secretary of State for Strategic, Security and Disarmament Affairs of the French Ministry for Europe and Foreign Affairs.

The French side reiterated their strong condemnation of the dastardly terrorist act in Pulwama the day before and expressed solidarity with the families of the victims and the people of India. It also called upon each State to effectively combat terrorist networks and their financing channels and to prevent the cross-border movement of terrorist groups, such as the Jaish-e-Mohammed that claimed responsibility for this attack.