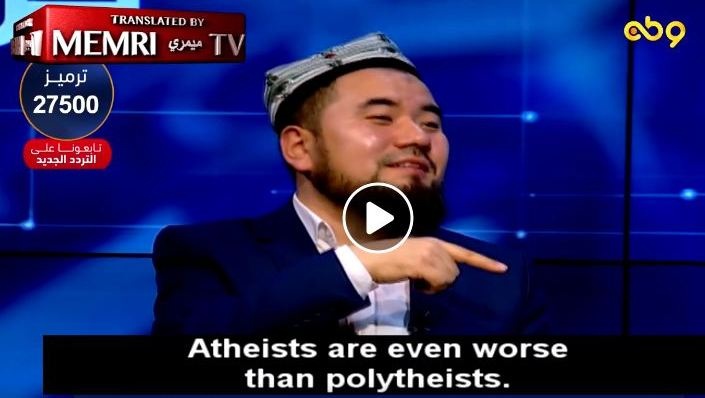 The world sees Uyghur community as one of the most persecuted people in the world. The sympathy wave this community enjoys is much at par with the Tibetan Buddhists and yet, it seems that the leaders or the scholars of this community are rather choosy (to put it mildly) when it comes to certain sections.

The Middle East Media Research Institute (MEMRI) recently translated the interview of the Uygher researcher AbdulAhad Uojegon in which he was speaking on the Al-Watan TV, a Turkey-based Egyptian Muslim Brotherhood channel.

In the interview, the Uyghur activist and researcher claimed that several years ago, Chinese President Xi Jinping had secretly announced to the Communist Party that he plans to assimilate or kill all Turkestanis, particularly the Uyghur Muslims, by 2050.

He also said that China is far more dangerous than America.

Uyghur Sheikh Mahmoud Al-Azhari, who is also a member of the Islamic Scholars Association of Turkestan, referred to a verse in the Quran that says Polytheists – like the Chinese – hold the most enmity towards Muslims, and that the Jews hold this enmity as well.

He added: “Despite their enmity [towards Muslims], America – and even the Jews – are at least the People of the Book.”

When the host wondered about the danger of the Chinese enterprise, Sheikh Mahmoud Al-Azhari replied that ‘first of all, we have to refer to the Quran. What does the Quran say?’

“You shall find the strongest in enmity towards the believers to be the Jews and the Polytheists.” The Chinese are Polytheists. They are Atheists, to begin with. Atheists are even worse than Polytheists. Despite their enmity, America – and even the Jews – are at least the People of the Book.

While Atheism is disbelief in any God, Polytheism is the belief in many Gods.

It is also curious, that while, the Uyghur leaders want to come to India to get support for their cause and also club themselves with the Buddhists of China, yet their own leaders leave no stone unturned to insult others.