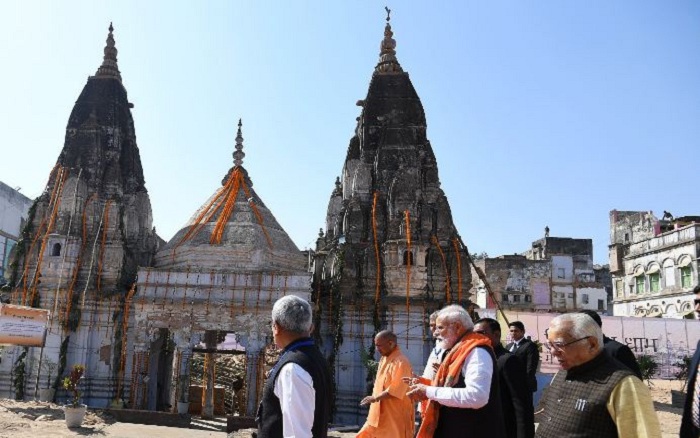 He said the Temple Kashi Vishwanath has survived the vicissitudes of centuries.

He recalled and praised Queen Ahiyabai Holkar for her work on the Temple, over two centuries ago.

He said that since then, not much thought had been given by those in power, to the entire area around the Temple.

He said about 40 Temples near the Kashi Vishwanath Temple, had been encroached over time, and have now been freed of that encroachment. He said the entire Temple complex is now in the process of rejuvenation, and the results are becoming visible. He said a direct link is being established between the River Ganga, and Kashi Vishwanath Temple.

He said this project will become a model for similar projects elsewhere and would give a new global identity to Kashi.