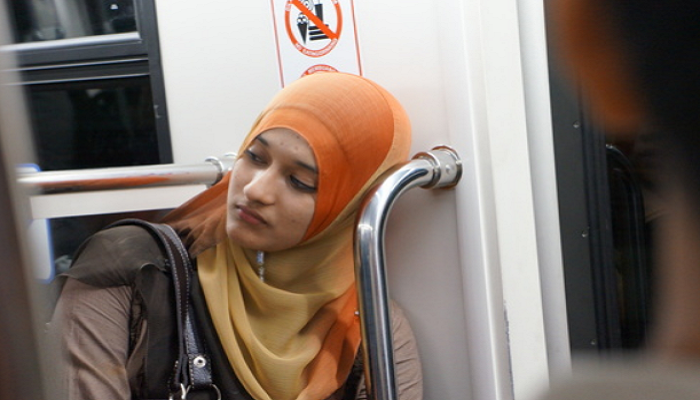 Malaysia saw the ugliest face of patriarchy when a video emerged showing a man slapping a woman for not wearing the hijab or Islamic headscarf at a bus stop in Penang. The woman is said to be of Indonesian origin.

The video was uploaded on January 5 and has Malaysia debating this sudden aggression against women.

In the video, it is visible that a man dressed in sports attire is asking about the religion of the women sitting at the bus stand.

When one woman says that she is a Muslim, the irate man is seen asking her that if she is a Muslim then where is the mandatory hijab and why she is not wearing it?

When she replies that wearing or abandoning hijab was a matter of choice, the man loses his patience and first deplores her conduct and then slaps her across her face.

Hijab is considered an important garment for Muslim women across the world. However, giving punishment for not wearing it without any authority and that too publicly is indeed far-fetched even for this Muslim-majority country.