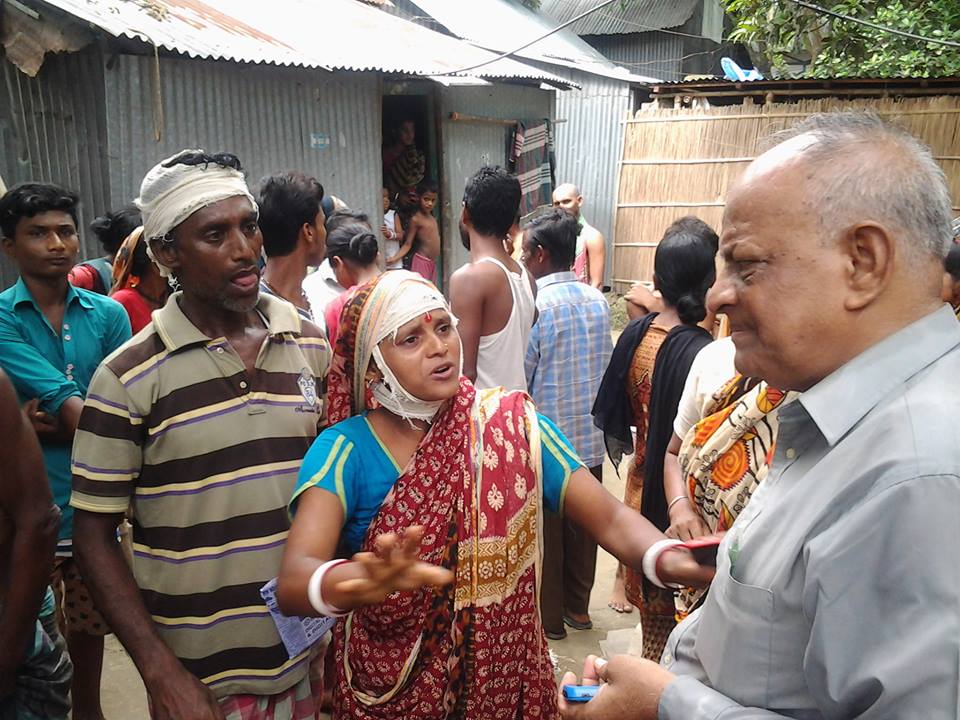 Dhaka, July 17, 2016: Angered by a human rights activist’s constant investigation in minority rights violations, some radicalized police officers in Bangladesh took law into their hands and beat him up brutally.

The attack on the activist Advocate Rabindra Ghosh of Bangladesh Minority Watch (BDMW) took place on 15th July 2016 at about 3 p.m. The attack was led by the police officers of Nababgonj Police station while he was doing fact-finding on the case of the violation of minority rights at Mashail Area of Nababgonj.

Hindu Dalit community had given a written request to BDMW  to check on their persecution by local Islamists who have been violently attacking them while the local police officers didn’t take any steps to protect them.

Rabindra Ghosh, along with Salam Newaz –photographer of BDMW and Dasharat Chandra Sarkar, visited the spot at Mashail Area in the Dhaka District and prior to the visit made a call to local police for safety, however, police refused to ensure their safety. And to add to their woes, the second police officer-in-charge of Nababgonj police station, Md. Abul Bashar –Second Office, assaulted him brutally.

This fact-finding mission was undertaken by BDMW as a riot had broken out due to which many Hindu men and women were left injured. The riot took place after Muslim land-grabbers initiated a feud between two Hindu communities.

As if this was not enough the police sided with the land grabbers and Md. Abul Bashar S.I. of Police arrested the tortured Hindus after mercilessly beating them and hitting them on their heads when they approached the police for legal assistance on 13th July 2016.

Police, to subjugate the complainants, recorded false case No.4 (7)16 under section 143/448/379/307/323/325/506 of the penal code against these persecuted Hindus, but they did not record case against real perpetrators and suppressed the facts jeopardizing the interest of victims. 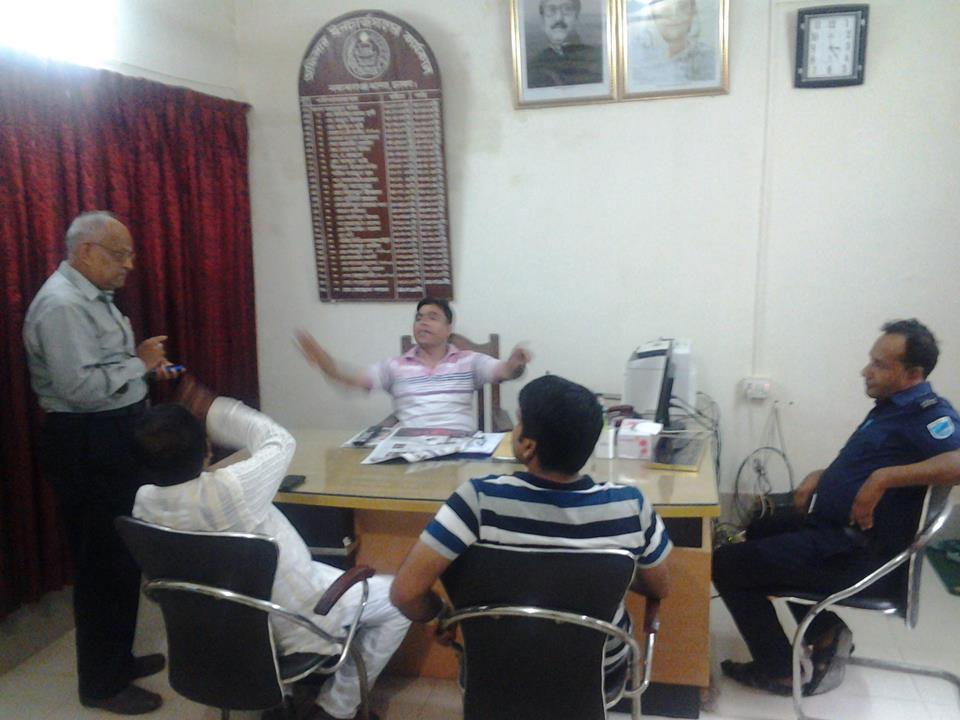 The local powerful leaders of Awami League (ruling party) used filthy language against the human rights team and said that:

“You are tarnishing the image of our country and you are liable to be prosecuted under the law.”

Not content with this, he then assaulted the activist and his cameraman Salam Newaz. BDMW has long complained that police officers have routinely abused and threatened it.

In a statement the advocate Rabindra Ghosh said:

“This attitude of the Bangladesh police, who at most times are hand-in-glove with the perpetrators of jihadi crimes against the country’s minority Hindus, clearly reveals that they do not want any peace in the country and also do not want to let minority communities live in peaceful co-existence.”

But the worse is that when BDMW spoke to high ranked police officers, all they said was that they cannot do anything about it.

Even, Asaduzzaman Khan Kamal-Home Minister of Bangladesh rebuked the team and instead questioned that “why you were taking pictures of the police officers within the police station?”

But he had nothing to say as to why the police officers attacked the team and why his own partymen assaulted and abused the human rights team.

In short, BDMW team remains under threat from not just the common radical elements but from the radicalized and corrupt police, responsible for law enforcement, as well. 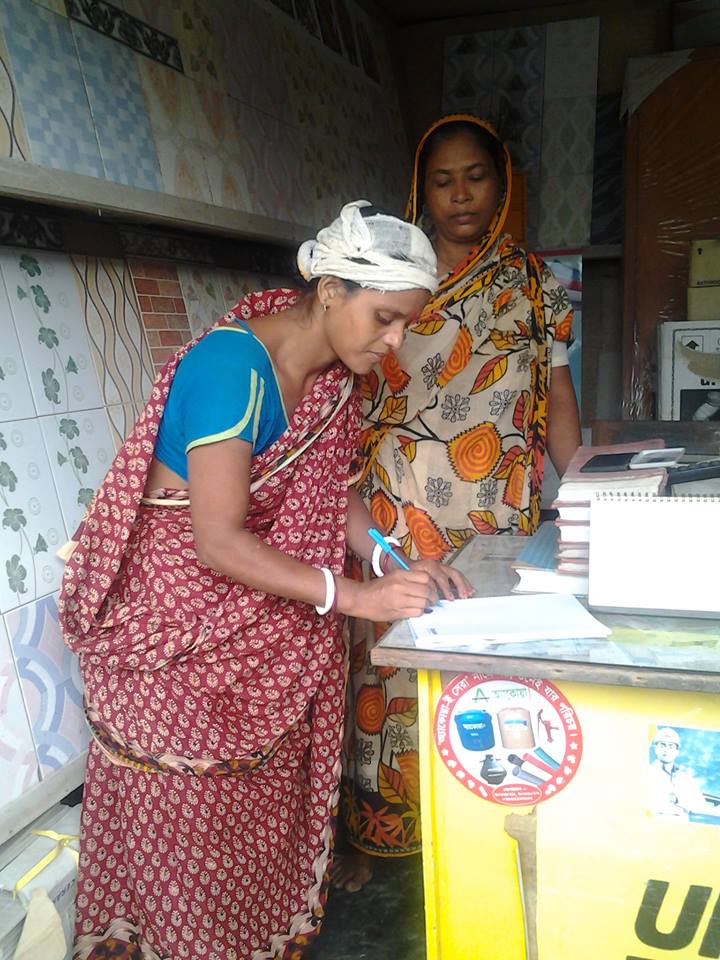 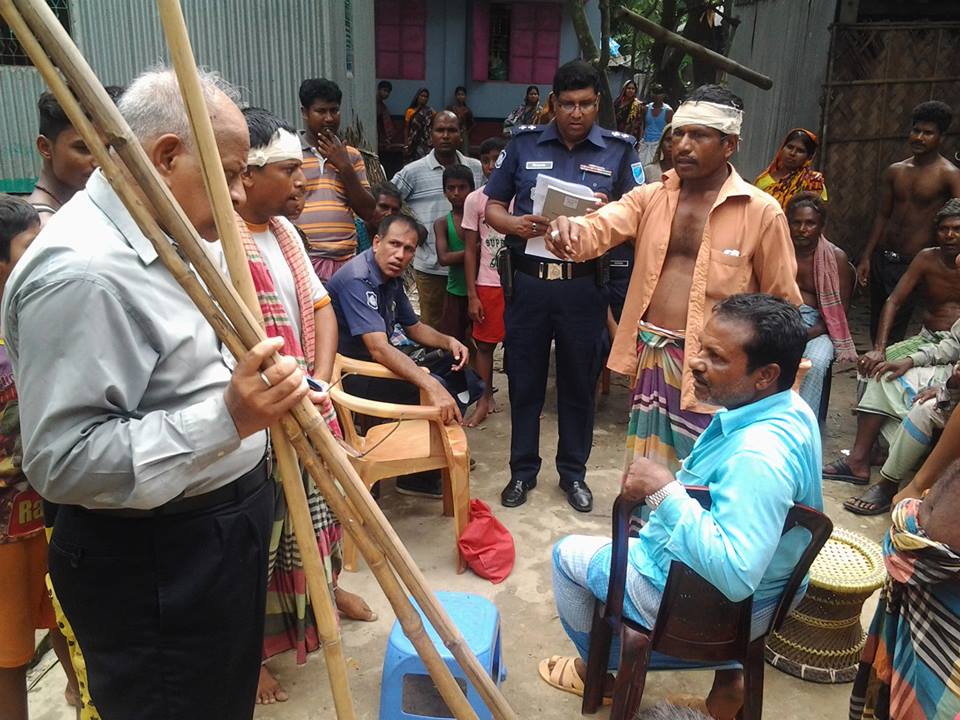