South Korean singing sensation Jennie Pink of the BLACKPINk (a South Korean girl band) is wearing a bindi and has the internet talking. The 22-year old recently shared two pictures with her sporting the ‘bindi’ look which is usually adorned by Hindu girls of all ages. The stylish bindi look enhances her gorgeous looks but some are unhappy!

Like one fellow said that “Lmao about Jennie’s bindi. I hope you guys understand that bindis have a significant meaning and is seen as a third eye on a woman. And it’s also tiring to see Koreans constantly ridiculing and making fun of Indian culture but turn around and use it for aesthetics and money. Anyone can see that’s what she was imitating to show that exotic and cool vibe black pink apparently is supposed to represent. I like their music and am looking forward to their comeback but that doesn’t mean I won’t call them out on their ignorance.” 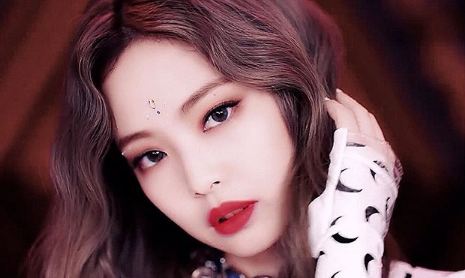 While another one said that “I’ve literally been too scared to wear a bindi my whole life due to the amount of backlash desi women get here in the west yet it’s okay for Jennie from blackpink to wear one because it’s “just an accessory. we’re literally called dotheads. there are hate groups like the dotbusters that have MURDERED us for wearing bindis here. Even desis on the continent will never understand what it’s like to have to push your identity so far away that it feels foreign to you.”

However, not all are seeing it as all that bad. One user said:

“We INDIAN don’t find any problem with Jennie wearing a bindi. It’s for fashion accessories, most foreigner does it all the time. It’s okay all long as it’s not red, Vermillion.”

It would, however, be good if Jennie takes out time and visit India to learn more about the reason behind wearing the bindi, it would make her wear it again and again and will also help Hindus in South East Asia as they will have a powerful youngster by their side!