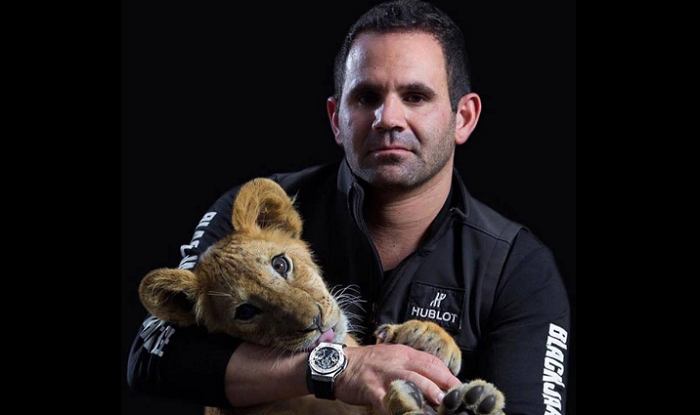 Here is what he wrote and also released the pictures at the end trying to tell WWF about hunting:

“When the people at Facebook told me that WWF and other “Animal Institutions” were badmouthing me with them, I was happy, but honestly, shocked, because WWF is the biggest organization on the Planet and that proved that I’m a threat to them, but shocked because I haven’t done anything to them either, well, to anyone.

I have just been defending myself from their false accusations. WWF, as you can see on screenshots from their own website, supports trophy hunting because it was founded and has always had Presidents that are trophy hunters, including the ones from today. Look at the pictures from the articles, that’s where you’re sending your money, and please remember that they received last year 320 MILLION.

An interest fact that they brag on their website is that thanks to their trophy hunting campaigns, around 20 communities in Africa received 100,000 dollars from trophy hunting. My question is why they didn’t pay those communities the 100,000 themselves to protect all the fauna if they have 320 MILLION in their yearly budget? This way saving all those Elephants, Rhinos, Leopards, Lions and other different species from getting killed by stupid people. The answer, because their Presidents around the world are trophy hunters. You can see the King of Spain posing right next to a hunted Elephant and a Leopard, and then, the royal family of England, starting with Prince Philip (The Founder of WWF) right next to Queen Elizabeth II, by a hunted Tiger killed by the Prince months before he opened at WWF. Yet I’m paying for 310 rescued Big Felines with less than 1 million dollars a year and they all try to gang up on me. But they messed with the wrong Mexican. The truth is undeniable so I want to ask Big Cat Rescue, IFAW, The International Federation of Animal Sanctuaries and all the others that have falsely criticized me to repost this info, let’s see if they Love this Planet as much as I do to expose WWF. By the way, it is very easy to justify expenses with fake invoices, specially at that super high level with access to everyone (I’m not saying that WWF has done this but well…)
#WINNING”

These are the pictures it shared: 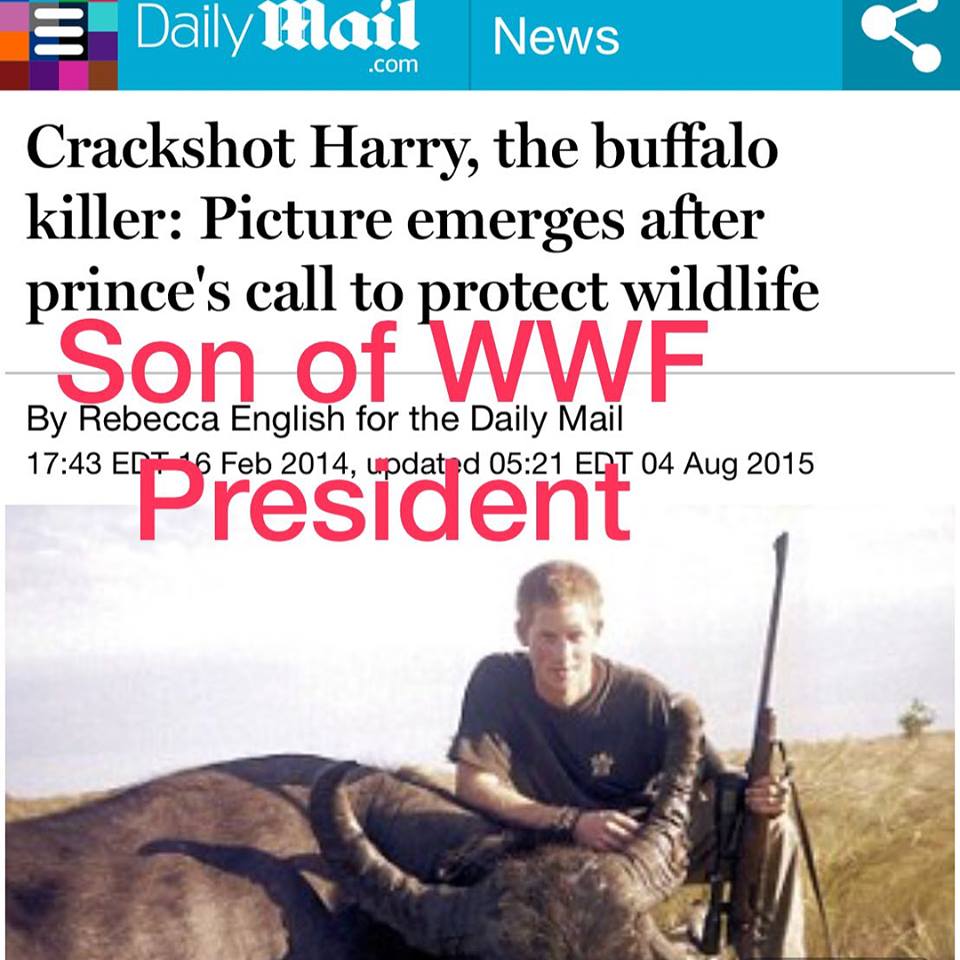 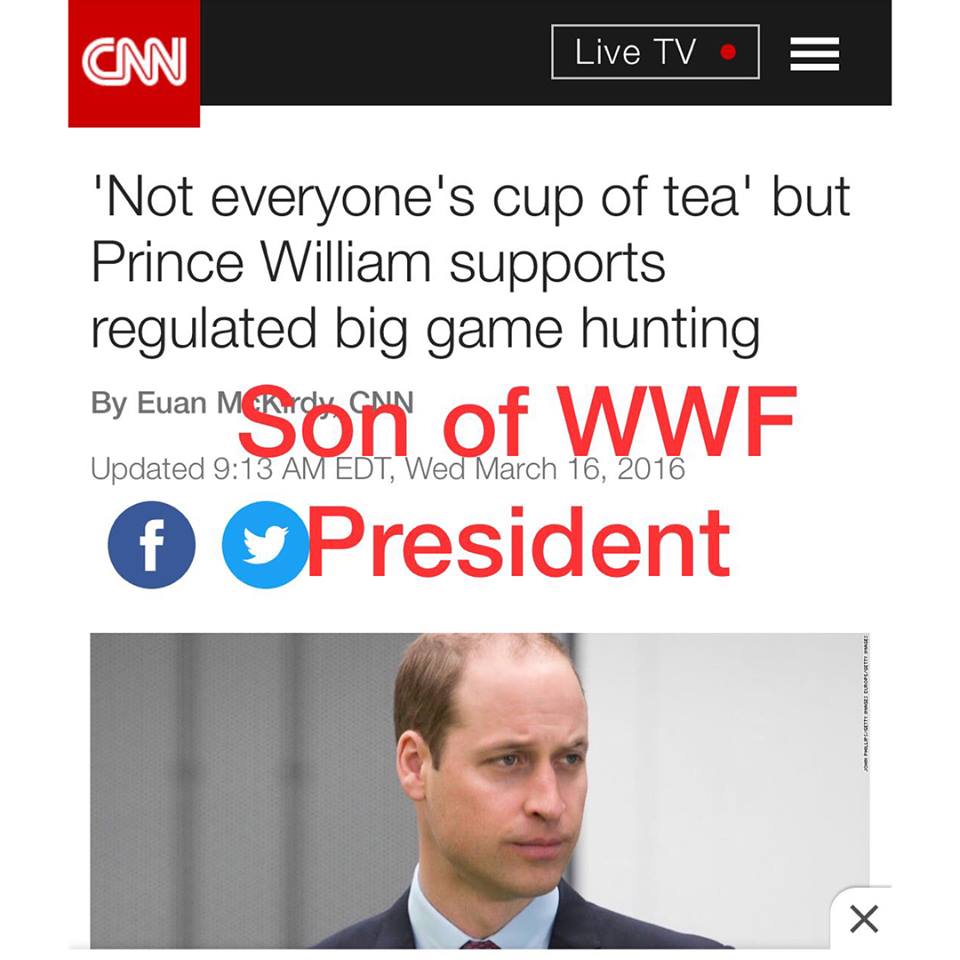 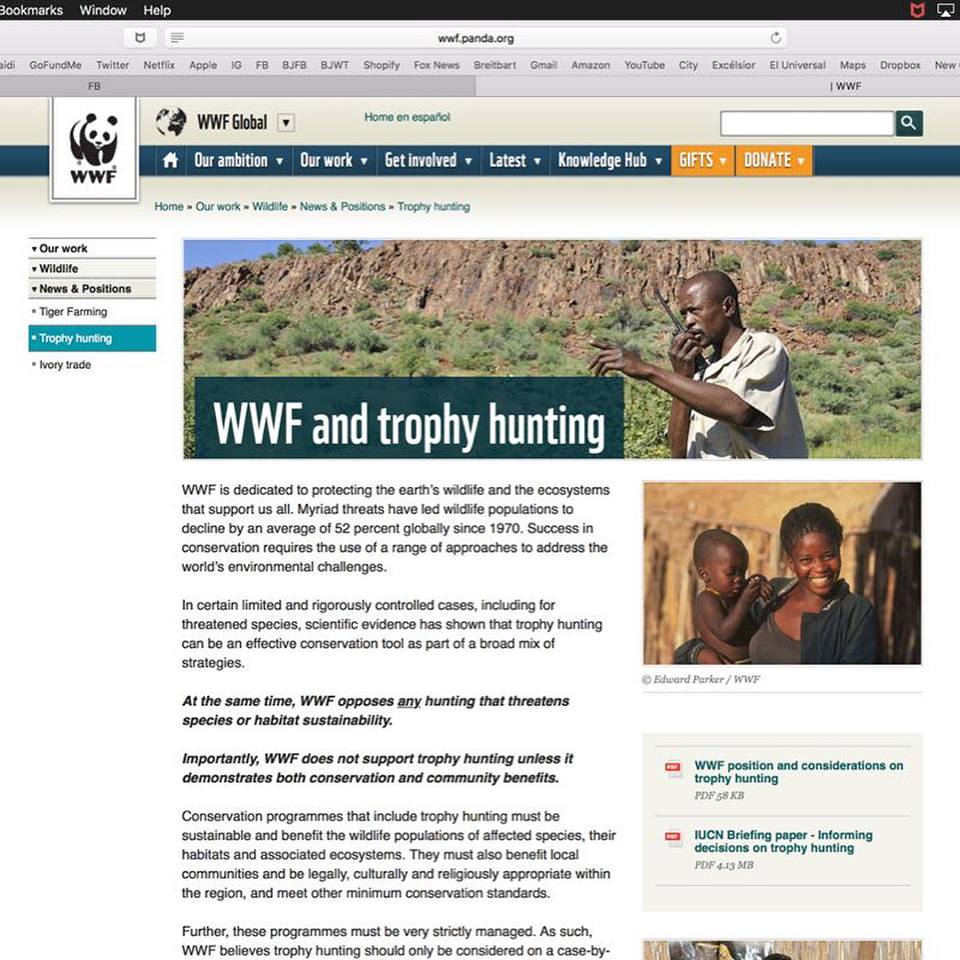 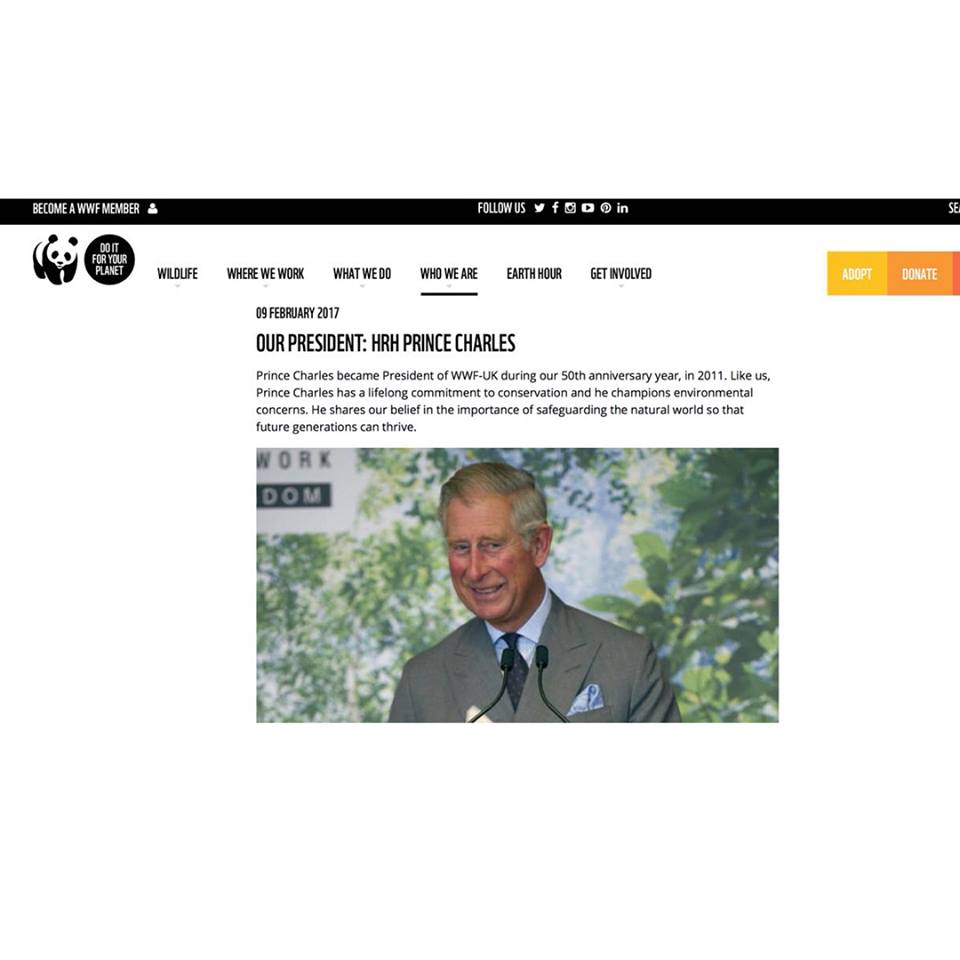 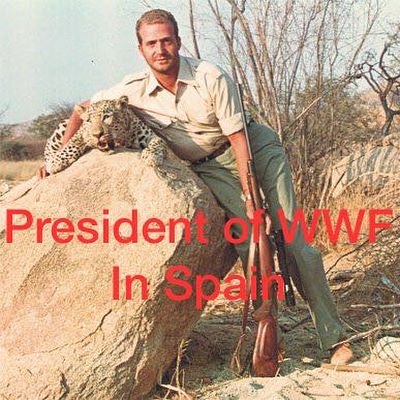