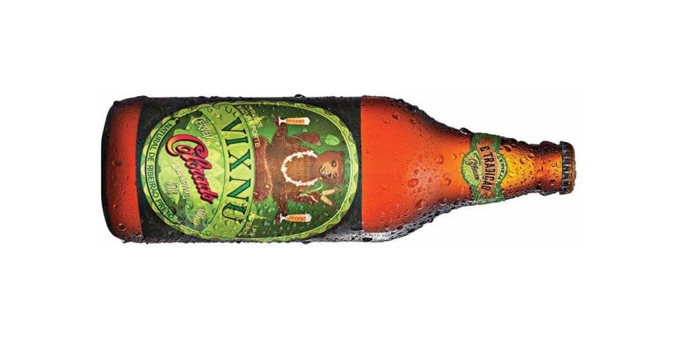 This beer, named as Vixnu (Vishnu in Portuguese), is described on the company website as (Google Translate): Vixnu, besides being the name of one of the main Hindu deities, is also the name of this delicious variation of the Indian Pale Ale…A pleasant and persistent bitterness, ideal for those who like extreme beers.

Distinguished Hindu statesman Rajan Zed, in a statement in Nevada (USA) today, said that inappropriate usage of Hindu deities or concepts or symbols for commercial or other agenda was not okay as it hurt the devotees.

Zed, who is president of Universal Society of Hinduism, pointed out that Lord Vishnu is highly revered in Hinduism and he was meant to be worshipped in temples or home shrines and not to be used in selling beer for mercantile greed. Moreover, linking Lord Vishnu with an alcoholic beverage was very disrespectful, Zed added.

Lord Vishnu is “preserver” in the Hindu triad with Lord Brahma and Lord Shiva as the aspect of the Supreme. He has ten incarnations to establish dharma (divine law).

Award-winning Cervejaria Colorado, based in Ribeirão Preto in São Paulo state of Brazil, was founded in 1996. It claims its products as “very Brazilian” and made with “boldness and originality”. Marcelo Carneiro is the Founder.

Vishnu beer, which won Gold Medal at World Beer Awards (England) 2016, has an alcohol content of 9.5%.