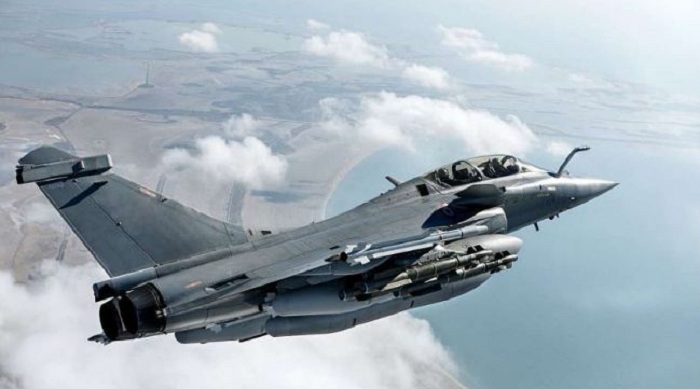 Rafale deal controversy is refusing to die down but the government is vehement that there is any wrongdoing in the deal. Today, in a press note on Rafale, it again denied any corruption charges. Here is the full statement on Rafale:

“Unnecessary controversies are being sought to be created following media reports regarding a statement purportedly made by the former French President, Francois Hollande, concerning the selection of Reliance Defence as the Offset partner by Dassault, the manufacturers of Rafale aircraft.

The reported statement perhaps needs to be seen in its full context – where the French media has raised issues of conflict of interest involving persons close to the former President. His subsequent statements are also relevant in this regard.

The Government has stated earlier and again reiterates that it had no role in the selection of Reliance Defence as the Offset partner.

For a rounded appreciation of this matter, it may be worthwhile to briefly dwell upon why and how Offset Policy came into play. The Offset Policy was formally announced for the first time in 2005 and has been revised several times. To leverage its huge arm-imports in order to develop a strong indigenous industry, a flow-back arrangement is made in the defence contracts, which is widely known as offsets, and constitutes a certain percentage of the contract value. The key objectives of the Defence Offset Policy is to leverage the capital acquisitions to develop Indian defence industry by fostering development of internationally competitive enterprises; augmenting capacity for research and development in defence sector and to encourage development of synergistic sector like civil aerospace and internal security. The offset can be discharged by many means such as direct purchase of eligible products/services, FDI in joint ventures and investment towards equipment and transfer of technology. As per Defence Offset Guidelines, the foreign Original Equipment Manufacturer (OEM) is free to select any Indian company as its offset partner.

It has been reported that a JV between Reliance Defence and Dassault Aviation came into being in February, 2017. This is a purely commercial arrangement between two private companies. Incidentally, media reports of February, 2012 suggest that Dassault Aviation, within two weeks of being declared the lowest bidder for procurement of 126 aircraft by the previous Government, had entered into a pact for partnership with Reliance Industries in Defence sector.

Dassault Aviation has issued a Press Release stating that it has signed partnership agreement with several companies and is negotiating with hundred odd other companies. As per the guidelines, the vendor is to provide the details of the offset partners either at the time of seeking offset credit or one year prior to discharge of offset obligation, which in this case will be due from 2020.

In view of above, it is once again reiterated that the Government of India has no role in the selection of Indian Offset partner which is a commercial decision of the OEM..”

The government is hoping that with this clarification, the controversy over Rafale will die down in due course. But since opposition Congress is sticking to its guns on Rafale, it may well take time.

Meanwhile, when asked whether India had put pressure on Reliance and Dassault to work together on Rafale deal, Ex France President Hollande said he was unaware and “only Dassault can comment on this”.

FLASH: From Agency AFP, when asked whether India had put pressure on Reliance and Dassault to work together, Ex France President Hollande said he was unaware and "only Dassault can comment on this". pic.twitter.com/YEb8eaD7Gw