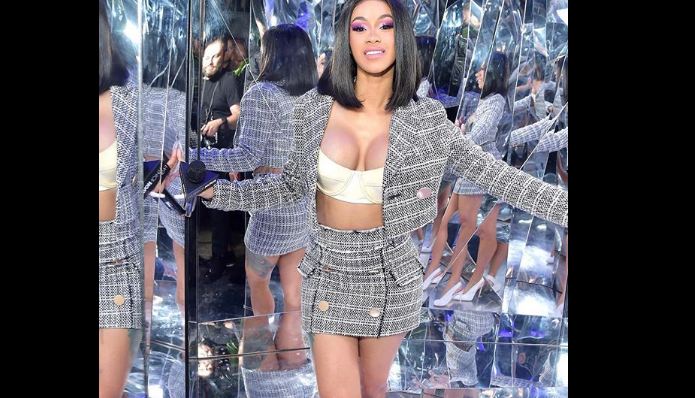 Grammy winner Cardi B is under fire after a 3-year old video resurfaced in which she bragged about robbing and drugging men when she worked as a stripper.

The clip from an Instagram Live recorded three years ago, shows rapper Cardi B saying, “I had to go strip, I had to go, ‘Oh yeah, you want to f**k me? Yeah, yeah, yeah, let’s go back to this hotel,’ and I drugged n****rs up, and I robbed them. That’s what I used to do,” she explained, according to the New York Post.

Cardi B took to her social media account defending herself saying that ‘all I can do now is be a better me for myself my family and my future.’

So I’m seeing on social media that a live I did 3 years ago has popped back up. A live where I talked about things I had to do in my past right or wrong that I felt I needed to do to make a living. I never claim to be perfect or come from a perfect world wit a perfect past I always speak my truth I always own my sh–t.

There are rappers that glorify murder violence drugs and robbing. Crimes they feel they had to do to survive. I never glorified the things I brought up in that live I never even put those things in my music because I’m not proud of it and feel responsibility not to glorify it.

Cardi B justified her actions saying that ‘I made the choices that I did at the time because I had very limited options. I was blessed to have been able to rise from that but so many women have not. Whether or not they were poor choices at the time I did what I had to do to survive. The men I spoke about in my life were men that I dated that I was involved with men that were conscious willing and aware. have a past that I can’t change we all do.’

On February 14th, 2019, Cardi B announced her hit number ‘Please Me’ with Bruno Mars.