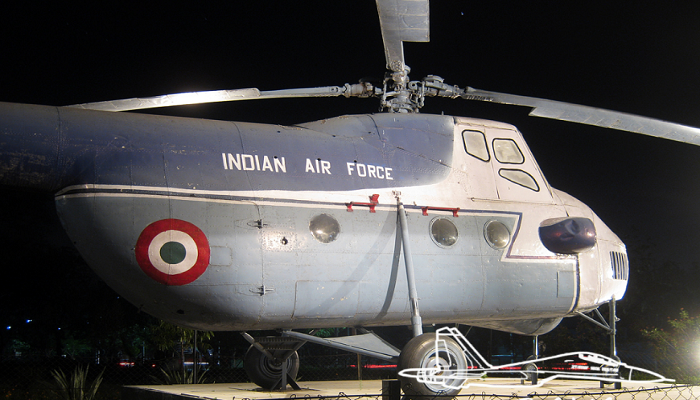 On 03 Jun 19, an IAF AN-32 carrier aircraft with 13 people (eight aircrew and five passengers) onboard took off from Air Force Station, Jorhat Assam at 1227 hrs for Mechuka Advanced Landing Ground. Last contact with the aircraft was made at 1255 hrs. Once the aircraft did not report at the destination, overdue actions were initiated. In coordination with Indian Army, various government and civil agencies, IAF commenced extensive search operations under the direct supervision of Head Quarters Eastern Air Command. C-130J, AN-32, Mi-17 helicopters of IAF and ALH helicopters of Indian Army were launched immediately to locate the missing aircraft. Indian Navy P-8i aircraft joined the search operations on 04 Jun 19.

Resources from various agencies, including ISRO were brought into the operation to enhance its effectiveness. CARTOSAT and RISAT satellites of ISRO also took images of the area, which assisted the search team in locating the aircraft. Thick vegetation, in hospitable terrain and inclement weather adversely affected the aerial search operation in the vast search zone. Despite the challenges posed by poor weather and terrain, IAF remained committed to the continued air and ground efforts throughout day and night to locate the missing aircraft and its brave air-warriors. Extensive support towards rescue operation was provided by Indian Army, Indian Navy, State Government, State Police and Local population.

On 11 Jun 19, the wreckage of the aircraft was spotted 16 kms North of Lipo, North East of Tato, Arunachal Pradesh at an approximate elevation of 12000 ft by an IAF Mi-17 helicopter. Aerial operations were launched subsequently to the designated crash site however, due to steep slope and thick forest the helicopter could not land near the crash site. Two km from the designated crash site, an area was designated and a camp was established for helicopters to land with the recovery parties. On 12 Jun 19, a team of nine IAF personnel (including mountaineers), four Army Special Forces personnel and two local mountaineers were dropped at the campsite.

IAF pays tribute to the brave air-warriors who lost their life in the line of duty. IAF is making all efforts to recover the mortal remains. No effort is being spared in ensuring expeditious transfer of the mortal remains of the air-warriors to their parent base at Jorhat. A Court of Inquiry has been ordered to investigate the cause of accident.