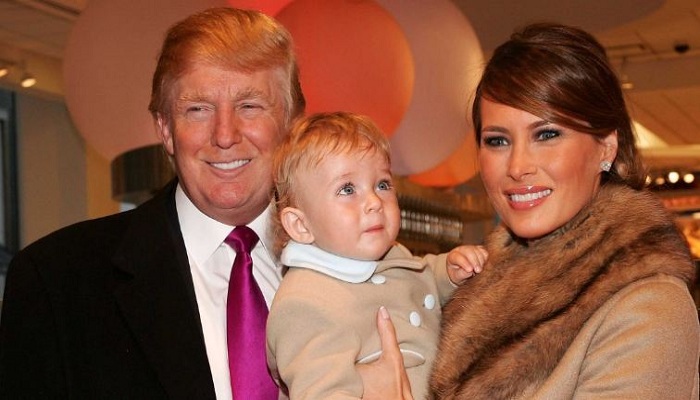 Anti-Trump anarchists are taking hate to a whole new level. Whatever began with Lady Gaga and other Hollywood celebs showing disdain for a Donald Trump win has taken a violent turn where the Hate has Trumped everything and has engulfed everything so much that a woman’s rape becomes a tool to show hate for her husband who won fair and square after playing by the rules. An Anti-Trump protester was spotted carrying a ‘Rape Melania‘ sign to show how much he hates her husband Donald Trump.

Melania Trump was always the punching bag in a society that claimed that it respects women even when they came from the entertainment industry.

But her modeling past was pulled out as her success as a model meant ammunition against Trump.

Now it is becoming more obvious that these anti-Trump protesters are out to show that the mandate of Trump cannot Trump their hate, come what may, and that hate may begin with Donald Trump but it actually has no end so targeting his wife or his family is all okay.

But it is worrisome that those who profess to spread love are eerily silent on the death threats and rape threats being given to Trump supporters and his family. Even more disgusting is the fact that the ‘one-time’ glass-ceiling breaker Hillary Clinton who wanted to become President on account of being a woman is also silent on these pro-Hillary and Anti-Trump groups’ threats. Barack Obama and others are also keeping quiet these days while Donald Trump and his family are completely clueless too.

These kind of hate campaigns are also going on in India so Trump may take solace in the fact that he is not alone.

One can find a similar pattern of abusive campaigns against Narendra Modi as well. People also drag his personal life and accuse him of abandoning his wife. That is a different thing that it was a forced marriage done against his will when he was a minor. He never lived with his ‘wife’ and the marriage was never consummated either, yet the people who cry over child marriages want Modi to suffer in it because they think so.

Interestingly it was Trump’s foe, Hillary Clinton, who stopped Narendra Modi from entering the USA as she believed that he was behind the 2002 Gujarat riots.  So Donald J. Trump must take a leaf or two from Narendra Modi and handle these protesters carefully. These Anti-Trump protesters have given hints that these demonstrations can go out of hand anytime and may end up especially targeting the women who may not agree with their views.

Calling for rape of woman because you hate her husband. Tell me again how our election set feminism back 50 years but that doesn't? #Melania pic.twitter.com/jwf7YfupCz

“Rape Melania” is trendin’ on Twitter. Can y’all imagine if “Melania” was replaced with “Michelle” or “Chelsea?” But #LoveTrumpsHate, right?