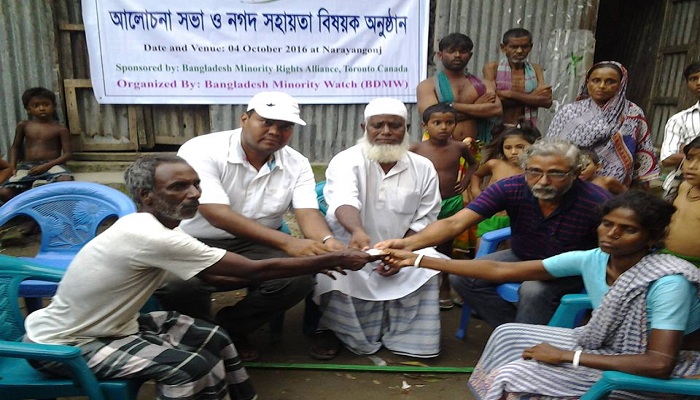 Bangladesh Minority Watch has reported several cases in which the minorities have been at the receiving end. But this is one crime that would haunt each member of the minority watchdog for long.

Hindu boy Sagar Barman was mere 10-years old when he was gruesomely murdered.

Sagar was from Narayanganj and used to work at Zobeda Textile and Spinning Mills in Jatramura area of Rupganj, Bangladesh.

He was from a poor family and despite his young age was forced to take up a job at the mills where he was tortured on even small mistakes. But it all ended on July 24 2016, when his 8 co-workers, rounded him up and forced a compressor into the young boy’s rectum and then turned on the machine.

He died in extreme pain and when the doctors conducted autopsy they also found that even his eyes had swollen so much that it became evident that the pressure pumped through that compressor was significantly high and the child endured extreme pain till his last breath. The case became a flashpoint and highlighted the ugly face of child labor prevalent in Bangladesh.

In a round table conference on October 6th, Bangladesh Minority Watch demanded equal rights for the minority Hindu community.

Debottor Property (Deities Property) Protection Committee at Dhaka had organized a Press conference and Round Table and spoke against the continuous grabbing of properties Minority Hindus of Bangladesh. Many land grabbing cases were also discussed during the meet.

Dhaka turned red with blood this Eid, but why no one is worried? (pics)

Bangladesh: Hindu girl told to write Allah instead of God