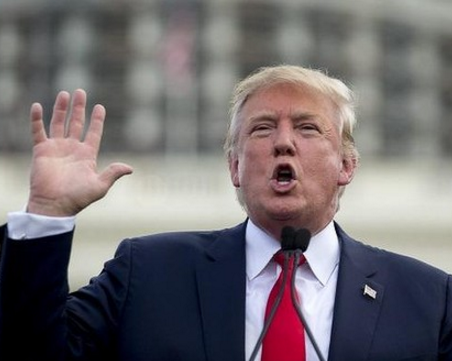 US presidential hopeful Donald Trump is good business and whatever he says or does is effectively either loved or hated by a huge number of people.

In short, he not only himself makes money, but also helps those make money who do not even like him!

For now, many may feel, that he has been left humiliated by an India-based tea company www.teameteas.com which has launched an ‘epic mission’ called ‘Tea for Trump.’

The company wants Donald Trump to drink its tea for America’s and the world’s sake because in its own words:

“Simple. It’s good for him. For you, too.
It cleanses your body by getting rid of
toxins and harmful free radicals. Grab a
cup of TE-A-ME Purify Green tea today.”

In short, it is indeed good business, and now the company has taken the social media by storm. Watch the video:

But should Donald Trump be worried? No. Because he is now in the good company of Narendra Modi. How, because when Narendra Modi was about to become the Prime Minister of India, a serious campaign bordering on personal hate was launched against him. The hate continues; last year when Indian Prime Minister, the second most powerful PM after Indira Gandhi, went to the USA and met Mark Zuckerberg he was insulted in a similar fashion.

It happened when Narendra Modi went to the Facebook headquarters and met Mark Zuckerberg.

A group named Alliance for Justice and Accountability took umbrage to the meeting and created a website against the Indian prime minister titled “Zuck, wash your hands!”

The group had demanded that Facebook’s CEO Mark Zuckerberg wash his hands after meeting the man who ‘committed genocide’ in 2002.

What happened after that? Nothing. Narendra Modi continues to be the man of the hour for India. So Donald Trump, don’t worry,  but yes ask for tonnes of Assam Tea especially when it is free! After all, what good businessman would turn down a good deal?