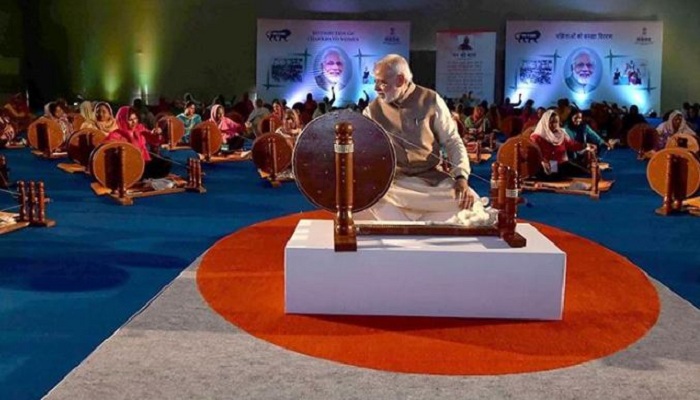 Narendra Modi today expressed his happiness at the way the public has reacted to the restrictions on the currency of Rs 500 and Rs 1000. The measures were taken to curb the black money in the nation and to make the economy more transparent. Already several notable figures including none other than the biggest superstar of India, Rajinikanth has tweeted his support to the move:

But yet, it seems that the Prime Minister Narendra Modi is happiest with the way the general public has shown the order and the discipline in dealing with the situation.

So happy to learn that citizens are expressing their gratitude to bankers & getting notes exchanged in a very patient & orderly manner. It is also heartening to learn that people are actively volunteering to help senior citizens withdraw money & exchange their currency.

Such warmth, enthusiasm & the patience to bear limited inconvenience for a greater good is indeed very heartening. I assure you the Govt is unwavering in its effort to create an India that is corruption free & fruits of development touch every citizen.

Prime Minister Narendra Modi is not in India at present and was in Bangkok to pay his respect to the late Thailand  King Bhumibol Adulyadej in Bangkok. He has now landed in Japan (100-12 November 2016) for the Annual Summit. In Japan. he will meet the Emperor of Japan and will b reviewing the entire spectrum of our bilateral cooperation when I meet Prime Minister Shinzo Abe in Tokyo on 11 November.

On 12 November, Prime Minister Abe and Indian Prime Minister Narendra Modi will travel to Kobe on the famed Shinkansen – the technology that will be deployed for the Mumbai-Ahmedabad High Speed Railway. Both of them will also visit the Kawasaki Heavy Industries facility in Kobe, where high speed railway is manufactured.

The High Speed Railway cooperation between India and Japan is considered a shining example of the strength of Indo-Japan cooperation.