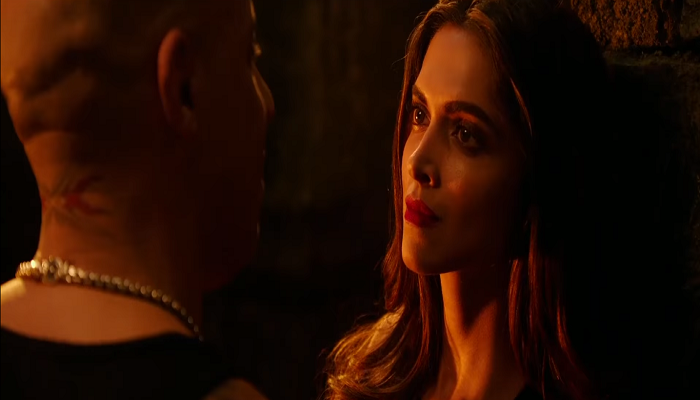 Deepika Padukone has a huge fan following in India and abroad – she has more than 32 million followers on Facebook – , and therefore, it was only natural that fans would rush to see her appearance in the second trailer. While many viewers are happy and proud that Deepika isn’t following in Priyanka Chopra‘s footsteps and faking a foreign accent, some aren’t impressed and felt that the hard Indian accent was a drag on the trailer.

To the delight of fans, Deepika is seen sharing significant screen space in the trailer and looks ferocious and hot in every frame. She can be seen kicking some asses; her intense training seems to have paid off well. She essays the role of Serena Unger in the movie.

View some of the hottest pictures of Deepika Padukone right here.