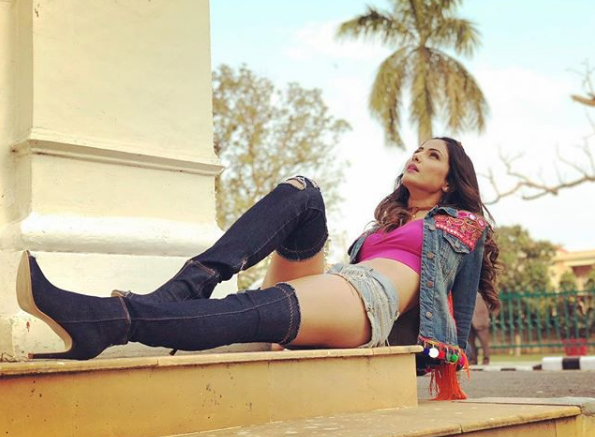 Hina Khan, our television queen, was a major target of trolls who couldn’t digest her happiness over chanting Ganpati Bappa Morya! Pretty lady merely shared her happiness on Twitter hoping to give a glimpse of her life to her fans:

And the troll brigade descended giving her their point of view on the share:

Shame on you hina,Allah se daro

Exactly what kind of Muslim she is??

There are many other comments made on the thread, however, our Hina chose to ignore them as she didn’t want to feed the trolls at the moment like this. Many other Muslims, actors, and cricketers, have also come under the fire of troll brigade for sharing personal details online. But like Hina Khan, they too have largely remained unapologetic and defiant.

Hina has been making waves with her work after she left the hit daily, in which she played a dutiful bahu Akshara Singhania, Yeh Rishta Kya Kehlata Hai but we would like to see her back in a daily soap! We hope she knows what the fans really want! Currently, you can watch Hina Khan in Fear Factor: Khatron Ke Khiladi.

If you are her fan, then pics are a must-see for you:

No makeup pics of Hina Khan are too cute to handle!