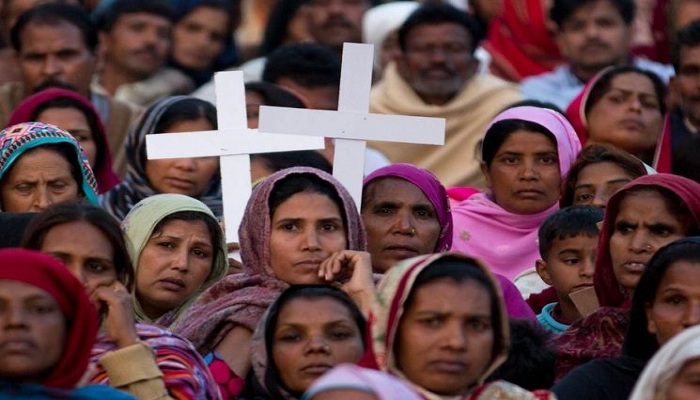 Pakistani Christians are angry as the nation has gone ahead and banned eleven Christian channels which it said were ‘illegal’ and ‘unlicensed’ satellite TV channels and were being aired across the country.

The Pakistan Electronic Media Regulatory Authority (PEMRA) Islamabad asked the general managers to stop the transmission of these channels immediately. The Christian channels banned include:

Pakistani Christians have often complained of the unequal status of the minorities in Pakistan.

The Article 19 of the Pakistani Constitution is particularly the cause of the worry as it specifies that ‘glory of Islam’ and its promotion is necessary.

Every citizen shall have the right to freedom of speech and expression, and there shall be freedom of the press, subject to any reasonable restrictions imposed by law in the interest of the glory of Islam or the integrity, security or defence of Pakistan or any part thereof, friendly relations with foreign States, public order, decency or morality, or in relation to contempt of court, 1[commission of] or incitement to an offence.

Pakistani minorities believe that this part of Constitution is discriminatory and must be amended as it is being abused to keep the minorities from freely enjoying the freedom of religion.